Review: In ‘Malcolm & Marie,’ an ego trip not worth taking

Shot in slinky black-and-white, with John David Washington and Zendaya playing a sharply dressed couple just back to their stunning, modernist...

Inspiration and talent don't always travel together. How many young men and women electrified by director Elia Kazan's Broadway...

"Life isn't everything: Mike Nichols, as remembered by 103 of his closest friends," Henry Holt and Co., by Ash Carter and Sam Kashner

The subtitle of "Life isn't everything," a captivating...

The Peabody Awards on Thursday announced it will honor the actress, singer and dancer with the career achievement...

NEW YORK (AP) — Filmmaker-playwright Kenneth Lonergan is the first recipient of a prize named for the late Mike Nichols.

PASADENA, Calif. (AP) — George Clooney says he never expected his next project to be a miniseries based on a novel he read in high school.

But against his initial inclination, he's directing and starring in Hulu's series "Catch-22," drawn from Joseph Heller's classic work about the insanity of war. The streaming service Hulu will release it this spring. 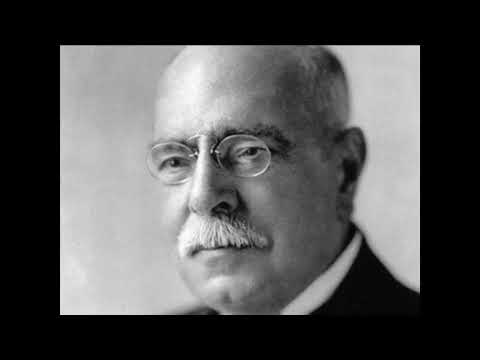 CHOCOWINITY, N.C. (AP) — Beavers are good at stopping water, but on one road in North Carolina, they've shown they can stop traffic, too.

The N.C. Department of Transportation tells local news outlets that beavers built a dam underneath N.C. Highway 33 east of Chocowinity in Beaufort County which backed up rain water and weakened the soil, causing the sinkhole.

Eric Idle looks at the bright side of (his own) life

NEW YORK (AP) — Eric Idle is writing a memoir, and Monty Python fans can guess the title: "Always Look on the Bright Side of Life."

"We used to be babe magnets. Now we're fridge magnets," Idle said in a statement Wednesday. "I thought it was time to tell my tale before I suffer from Hamnesia, which is what happens to elderly actors."

MONROE, Mich. (AP) — A Michigan State University strength and conditioning coach has been ordered to stand trial on charges stemming from a crash that killed two people.

PASADENA, Calif. (AP) — George Clooney is directing and starring in a TV series version of the novel "Catch-22."

Streaming service Hulu said Sunday that the six-part series based on Joseph Heller's anti-war satire will go into production in 2018. A debut date and other cast members weren't announced.

Clooney will play Col. Cathcart in the drama he's directing with his Smokehouse Pictures partner, Grant Heslov. Smokehouse is producing it with Paramount Television and Anonymous Content.

4-headed palm tree ‘has had a wonderful life,’ official says

The News Herald reports that an expert study found that the Pindo palm in Panama City is in "irreversible decline" because of a number of factors including age, structural deformities, root death and likely a lightning strike.

NEW YORK (AP) — A 1980s movie that starred Melanie Griffith as a secretary who breaks out of the typing pool is heading to the stage as a musical. Cyndi Lauper will write the songs for the "Working Girl" adaptation.

MASON, Mich. (AP) — Authorities say a Michigan man offered to pay two fellow inmates and an undercover police officer to kill his ex-girlfriend and possibly others while he was jailed.

The Lansing State Journal reports (http://on.lsj.com/2i61aYH ) one of the inmates told police Tunc Uraz offered to pay him $2,500 and wanted him to bludgeon the victim. Authorities say Tunc agreed to pay the officer $2,000 for killing the woman and $500 for every additional person killed.

AP PHOTOS: A look at Carrie Fisher through the years

By The Associated PressDecember 27, 2016 GMT

Carrie Fisher, best remembered as the tough, feisty and powerful Princess Leia in the original "Star Wars," has died at 60. Fisher made the role iconic, and lines like "Help me Obi-Wan Kenobi, you're my only hope," and her futuristic braided bun hairstyle became part of film lore. She recently reprised the role in a sequel, Episode VII, "Star Wars: The Force Awakens" in 2015, and her digitally rendered image appears in "Rogue One: A Star Wars Story."

LONGWOOD, Fla. (AP) — The Symetra Tour moved its season-ending tournament from LPGA International in Daytona Beach to Alaqua Country Club in Longwood on Saturday because of Hurricane Matthew.

The 72-hole Symetra Tour Championship is set to begin Thursday. The tour was scheduled to play the IOA Golf Classic this week at Alaqua, but that event was canceled Thursday because of the hurricane.