PROVIDENCE, R.I. (AP) — A Rhode Island man has pleaded guilty to defrauding immigrants who had enlisted him to help prepare and submit their naturalization applications, federal prosecutors said...

BOSTON (AP) — Federal immigration officials acknowledged Thursday that they erroneously told some new U.S. citizens in Massachusetts that they could not vote in next week's election because they...

BOSTON (AP) — Federal immigration officials incorrectly told more than 400 new U.S. citizens in Massachusetts that they couldn't vote in this year’s general election because the state’s...

LAS VEGAS (AP) — A longtime U.S. district judge who became a living legend as he continued for years to hear court cases in a Las Vegas federal building named in his honor has died at age...

WASHINGTON (AP) — Two White House officials violated the Hatch Act by participating in choreographed events that were aired during this week's Republican National Convention, according to two...

WASHINGTON (AP) — The second day of the Republican National Convention started with a decidedly different, more positive tone, with an emphasis on Americans who say have they benefited from...

Suit seeks immediate citizenship for those waiting on oath

PHILADELPHIA (AP) — Scores of people waiting to recite the oath of citizenship — the final step in the citizenship process — should be naturalized immediately so that they have time to register to...

Thousands wait to take US citizenship oath amid virus delays

The Latest on the coronavirus pandemic, which has infected more than 381,000 people and killed over 16,500. The COVID-19 illness causes mild or moderate symptoms in most people, but severe...

Some court cases postponed due to coronavirus outbreak

RICHMOND, Va. (AP) — Misdemeanor, traffic and petty offense cases in federal court have been postponed in the Eastern District of Virginia in response to the coronavirus outbreak.

Death toll rises to 24 from Delhi riots during Trump trip

NEW DELHI (AP) — At least 24 people were killed and 189 injured in three days of clashes in New Delhi that coincided with U.S. President Donald Trump's first state visit to India, with the death...

Indian police used tear gas and smoke grenades to disperse a crowd of...

Man accused of lying about Rwandan genocide for citizenship

CONCORD, N.H. (AP) — A man pleaded not guilty to charges of procuring U.S. citizenship unlawfully based on providing false information about participating in the Rwandan genocide.

India says no plans yet to prepare a citizenship registry

NEW DELHI (AP) — India's ruling Hindu nationalist-led government said Tuesday it was still weighing whether to roll out a nationwide citizenship registry, an exercise it says would weed out...

NEW DELHI (AP) — The head of Indian Prime Minister Narendra Modi's Hindu nationalist Bharatiya Janata Party in the state of West Bengal has threatened to shoot and jail people who protest a new...

JACKSON, Miss. (AP) — A new federal lawsuit challenges a Jim Crow-era law in Mississippi that requires naturalized U.S. citizens to show proof of citizenship when they register to vote.

134 from 33 counties take US citizen oath in Sioux Falls

KELO-TV reports the people from 33 countries took the oath of...

BOULDER, Colo. (AP) — A report says Colorado has one of the nation's worst backlogs of unprocessed U.S. naturalization applications, which one of the report authors says is blocking voting...

DETROIT (AP) — A national conference focused on immigrant and refugee advocacy is planned for next month in Detroit.

The Cuban-born Puig, who was traded to Cleveland by Cincinnati last month, posted a photo Wednesday on social media...

CONCORD, N.H. (AP) — Two New Hampshire judges who were lawyers for a woman convicted of lying about her role in the 1994 Rwanda genocide to obtain U.S. citizenship are willing to testify on her...

LOS ANGELES (AP) — Mixed martial arts great Anderson "Spider" Silva of Brazil became a U.S. citizen along with thousands of others in a mass naturalization ceremony Tuesday at the Los Angeles...

CHARLOTTESVILLE, Va. (AP) — Anis Akram was an exchange student who traveled from Pakistan to study in South Dakota in 2003.

Despite dodging questions from classmates about whether he rode a...

Candidates collided Thursday at the Iowa Cubs ballpark in Des Moines when...

81 to become US citizens on July Fourth at NH ceremony

PORTSMOUTH, N.H. (AP) — Eighty-one candidates are scheduled to be sworn in as U.S. citizens at a July Fourth ceremony in Portsmouth, New Hampshire.

New US citizens sworn in at 9/11 Memorial ceremony

Missouri woman among those indicted in marriage fraud case

DALLAS (AP) — Former President George W. Bush welcomed new U.S. citizens Monday during a naturalization ceremony in Dallas, saying that "amid all the complications of policy, may we never forget...

BURLINGTON, Vt. (AP) — There are 23 new United States citizens following a naturalization ceremony held in the gymnasium of a Vermont middle school.

WASHINGTON (AP) — On a day focused on his demand for a border wall, President Donald Trump used music and pageantry to welcome "the five newest members of our great American family" during a naturalization ceremony in the Oval Office.

In a ceremony Saturday that began to the strains of a violin and ended with a booming national anthem, Trump celebrated the five new Americans from Iraq, Britain, South Korea, Jamaica and Bolivia.

The administration of Gov. Andrew Cuomo released the numbers for the NaturalizeNY program on Wednesday. It's a record level of participants since the program began in 2016.

COPENHAGEN, Denmark (AP) — Denmark has adopted a law requiring anyone who becomes a Danish citizen to shake hands at the naturalization ceremony. The move is widely seen as aimed at some Muslims who for religious reasons decline to touch members of the opposite sex.

In a 55-23 vote with 30 lawmakers abstaining, the law was adopted in Parliament on Thursday.

Lawmakers also approved funding for a plan to banish rejected asylum-seekers or those with a criminal record to an island. 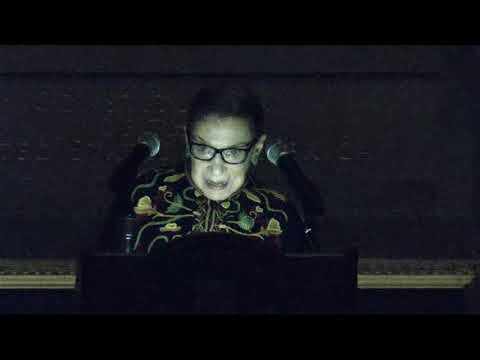 Oklahoma's second largest city will get $50,000 from a national group plus $25,000 from local donations to help immigrants with legal costs, test prep and other potential barriers to citizenship. Officials estimate Tulsa County is home to 10,000 legal permanent residents eligible to become citizens.

DENVER (AP) — An Iranian man living in Colorado has filed a federal lawsuit against U.S. Attorney General Jeff Sessions and other federal officials, claiming they are violating law for failing to conduct a citizenship interview.

Newest US citizens have ceremony at historic Fort Clatsop

ASTORIA, Ore. (AP) — After taking the oath of citizenship at Lewis and Clark National Historical Park, Lis Campos immediately turned her head right and smiled at her father, Jardiel Campos.

The father had already earned his citizenship after fleeing from Cuba in 2000. Now, the daughter was following suit.

After delays, former Iraqi translator will be US citizen

ORLANDO, Fla. (AP) — More than a year after a former interpreter for U.S. military forces in Iraq was pulled out of a U.S. citizenship ceremony without explanation, he's about to be naturalized.

The former interpreter for U.S. forces in Iraq, who had been shot and stabbed during his service, was at a June 2017 naturalization ceremony in Fort Benning, Georgia, for 20 immigrant recruits when he was stopped and told he wouldn't be participating. No explanation was given other than "there was a problem in the system," according to a lawsuit he filed last month in the District of Columbia.

200 new citizens to be naturalized

BOSTON (AP) — Approximately 200 people will become new citizens of the United States at ceremony in Massachusetts.

The John F. Kennedy Presidential Library and Museum in Boston will host a celebration of the naturalization presided by the Honorable Judge Mary Page Kelley for the U.S. District Court of Massachusetts on Wednesday. The group will be addressed by Vartan Gregorian, president of philanthropic foundation Carnegie Corporation of New York

OMAHA, Neb. (AP) — A Vietnamese woman who lived apart from her daughter for 18 years is celebrating receiving her U.S. citizenship in Nebraska.

Tu Tran, 62, became a naturalized citizen last week, the Omaha World-Herald reported . She's the mother of Chinh Doan, a reporter at KETV in Omaha who spoke at the naturalization ceremony.

44 new US citizens welcomed in ceremony aboard battleship

CAMDEN, N.J. (AP) — Several dozen people are among the newest United States citizens following a naturalization ceremony aboard a battleship in New Jersey.

The Wednesday naturalization ceremony took place at at Strawbery Banke in Portsmouth as part of the museum's annual "American Celebration."

Sens. Jeanne Shaheen and Maggie Hassan, and Gov. Chris Sununu attended the ceremony set to be presided over by Judge Joseph Laplante. The 102 people becoming citizens come from 48 countries.

WASHINGTON (AP) — President Donald Trump is making an unsubstantiated assertion that the Obama administration granted 2,500 Iranians citizenship as part of a 2015 nuclear deal that sought to limit Tehran's weapons program.

Nothing in the agreement speaks to the naturalization of Iranians. Indeed, according to U.S. naturalization figures, the number of Iranians who were granted citizenship barely increased during final negotiations, actually falling after the July 2015 deal was signed.

Newest US citizens to be sworn in at N Carolina ceremony

SOUTHPORT, N.C. (AP) — North Carolina is rolling out a welcome mat for the nation's newest citizens.

U.S. Citizenship and Immigration Services officials will welcome those new citizens during a special naturalization ceremony at the Fort Johnson Garrison House in Southport Tuesday.

A U.S. Magistrate Judge will administer the oath of allegiance to 48 candidates.

CEDAR RAPIDS, Iowa (AP) — A court has affirmed the immigration fraud conviction of a Rwandan man who lied to gain entry into the U.S. and was living in Cedar Rapids.

The Eighth Circuit Court of Appeals on Friday affirmed the conviction of 57-year-old Ken Ngombwa, who was convicted in 2016 of naturalization fraud, conspiracy to unlawfully procure citizenship and making false statements to federal agents.

He was sentenced to 15 years in prison and then will be deported.

KEYSTONE, S.D. (AP) — Nearly 170 people from other countries gathered at Mount Rushmore National Memorial to swear an oath of allegiance to the U.S.

The U.S. District Court of South Dakota held a naturalization ceremony Thursday at the national landmark symbolizing American freedom and the nation's history.

Thursday was Flag Day, in honor of June 14, 1777, when the Second Continental Congress adopted the Stars and Stripes as the young nation's flag.