SEATTLE (AP) — An affluent Seattle-area community has approved an ordinance prohibiting camping on public property, a measure the city says will connect homeless people to shelters but that might...

PORTLAND, Ore. (AP) — Harry Glickman, the founder of the Portland Trail Blazers and general manager of the franchise's only NBA title-winning team in 1977, died Wednesday. He was...

Bill Gates says he is stepping down from Microsoft board

REDMOND, Wash. (AP) — Microsoft co-founder Bill Gates said Friday he is stepping down from the company's board to focus on philanthropy.

Gates was Microsoft's CEO until 2000 and since then...

A man accused of killing five of his infant children decades ago pleaded not guilty to the charges Tuesday.

SEATTLE (AP) — The Seattle Seahawks inducted late owner Paul Allen into the team’s Ring of Honor prior to Thursday night’s game against the Los Angeles Rams.

RENTON, Wash. (AP) — The Seattle Seahawks will induct late owner Paul Allen into the club's Ring of Honor before Thursday's game against the Los Angeles Rams.

Virgin Orbit satellite-launching plane to take off from Guam

HONOLULU (AP) — A company owned by British billionaire Richard Branson is picking Guam as a site for its airplane-launched satellite service. 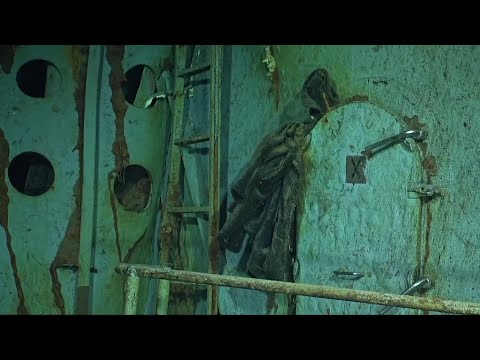 SEATTLE (AP) — A research vessel funded by the late Seattle billionaire Paul Allen has discovered the wreckage of an American aircraft carrier sunk in the South Pacific during World War II. It is the latest in an ongoing effort to discover sunken vessels.

Allen's Vulcan Inc. announced this week that an autonomous submarine sent by the crew of the research vessel Petrel found the USS Hornet nearly 17,500 feet (5,400 meters) deep near the Solomon Islands.

PORTLAND, Ore. (AP) — Larry Weinberg, one of the founders and original owners of the Portland Trail Blazers, has died. He was 92.

Weinberg was one of four men who got the franchise started as an NBA expansion team in 1970 to the tune of $3.7 million.

By The Associated PressDecember 26, 2018 GMT

SEATTLE (AP) — The abolishment of the death penalty was voted the state's top news story of 2018 by Associated Press staff and member editors.

Other top news items of the past 12 months included the awarding of a new professional hockey franchise for Seattle, the death of Microsoft co-found Paul Allen and the end of a long-running court battle over education funding.

RENTON, Wash. (AP) — Seattle Seahawks coach Pete Carroll is sticking around through the 2021 season after signing a three-year contract extension.

Carroll said he was first approached about an extension last week and finished the deal on Monday. The contract will take him through his 70th birthday in September 2021.

SEATTLE (AP) — Paul Allen's sister, Jody Allen, has been appointed to oversee the late billionaire's estate and carry out the terms of his will.

The Microsoft co-founder died Oct. 15 in Seattle from complications of non-Hodgkin's lymphoma. The 65-year-old was not married and did not have children.

His family said Wednesday in a statement issued by a public relations firm that Jody Allen has been appointed executor and trustee of his estate according to his instructions.

Blazers spoil James’ debut with 128-119 win over the Lakers

He finished with 26 points and 12 rebounds, but the Portland Trail Blazers prevailed 128-119 Thursday night in the season opener for both teams.

James insisted the new-look Lakers were going to be a work in progress.

What’s next for Paul Allen’s big investments? It’s not clear

SEATTLE (AP) — Prior to his death on Monday, billionaire Microsoft co-founder Paul Allen invested large sums in technology ventures, research projects and philanthropy, some of it eclectic and highly speculative. What happens to those commitments now?

Outside of bland assurances from his investment company, no one seems quite sure. 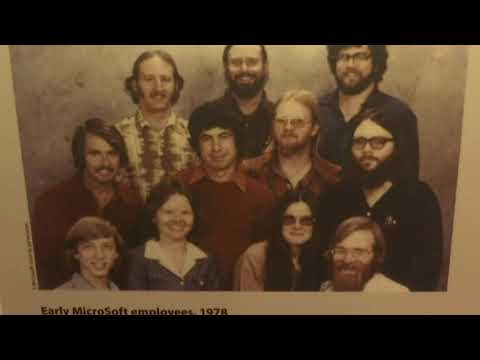 RENTON, Wash. (AP) — Paul Allen's love was basketball and he delved into professional football out of loyalty to his hometown Seattle.

In the wake of his death, Allen's ownership of the NBA's Portland Trail Blazers and NFL's Seattle Seahawks has come into focus because of questions about how the franchises will move forward in his absence. 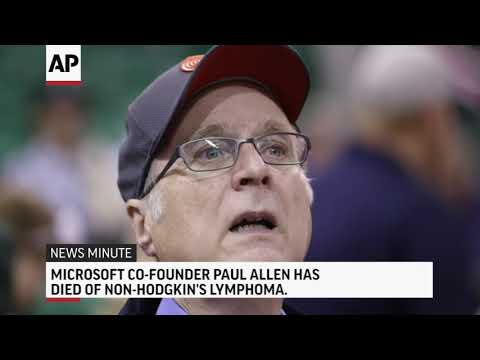 SEATTLE (AP) — Paul G. Allen, who co-founded Microsoft with his childhood friend Bill Gates before becoming a billionaire philanthropist, technology investor and owner of several professional sports teams, has died. He was 65.

He died Monday in Seattle, according to his company Vulcan Inc. Earlier this month Allen announced that the non-Hodgkin's lymphoma that he was treated for in 2009 had returned and he planned to fight it aggressively.

‘He changed the world’ - Reaction to Paul Allen’s death

Paul Allen was major part of sports landscape in Northwest

SEATTLE (AP) — No one had more influence on professional sports in the Pacific Northwest than Paul Allen.

SEATTLE (AP) — Billionaire Seattle Seahawks owner and Microsoft co-founder Paul Allen says cancer he was treated for in 2009 has returned.

Allen said on Twitter Monday that he recently learned of the non-Hodgkin's lymphoma and plans to fight it aggressively.

He says there have been advances in medicine since he overcame the disease nearly a decade ago and that he and his doctors are optimistic that he will see good results from the latest therapies.

RENTON, Wash. (AP) — The Seattle Seahawks have promoted Chuck Arnold to team president, replacing Peter McLoughlin, whose contract was set to expire and was not renewed.

Arnold has been with the franchise for 25 seasons and most recently had been serving as COO. He will oversee all business management for the team. He also takes on the role as president of First and Goal overseeing operations of CenturyLink Field, the Seahawks' home stadium, and its events center.

The Seattle Times reports half of the units of the $46 million complex to be built in south Seattle will be reserved for homeless families, with the remaining units reserved for low-income families.

SEATTLE (AP) — Paul Allen, the billionaire Seattle Seahawks and Portland Trailblazers owner and Microsoft co-founder, made his largest-ever foray into congressional politics this year by donating $100,000 to a group seeking to keep Republicans in control of the U.S. House.

The new outpost would occupy a Manhattan building that is currently home to New York Public Library's Science, Industry and Business Library.

The museum covers all aspects of pop culture with exhibits ranging from Marvel comics to horror firms to the rock band Nirvana.

Board Vice President Chris McGowan says he could also envision New York-centric exhibit topics such as Broadway and hip-hop.

SEATTLE (AP) — Microsoft co-founder and Seattle Seahawks owner Paul Allen has donated $1 million to a campaign seeking to raise the age to purchase semi-automatic rifles from 18 to 21 in Washington state.

The Alliance for Gun Responsibility says Initiative 1639 also would create a background check system similar to the one required for handguns, require completion of a firearms safety course and create standards for safe gun storage.

HELENA, Mont. (AP) — A Microsoft co-founder's mission to locate sunken warships in the South Pacific has chalked up another victory with the discovery of the USS Helena nearly 75 years after it was sunk by Japanese torpedoes in the waters off the Solomon Islands, reviving stories of the battle-tested ship's endurance and the nearly unbelievable survival of 165 of the crewmen.

JUNEAU, Alaska (AP) — The recent discovery of the USS Juneau in the depths of the South Pacific has provided some closure to people with connections to the ship, which was blown apart during World War II. Hundreds died, including the five Sullivan brothers from Waterloo, Iowa, whose story was chronicled in a 1944 movie.

An expedition backed by Microsoft co-founder and philanthropist Paul Allen reported finding the wreckage over the weekend.

JUNEAU, Alaska (AP) — The recent discovery of the USS Juneau in the depths of the South Pacific has provided some closure to people with connections to the ship, which was blown apart during World War II. Hundreds died, including the five Sullivan brothers from Waterloo, Iowa, whose story was chronicled in a 1944 movie.

An expedition backed by Microsoft co-founder and philanthropist Paul Allen reported finding the wreckage over the weekend.

JUNEAU, Alaska (AP) — Philanthropist and Microsoft co-founder Paul Allen has announced that wreckage of a sunken military ship on which five brothers died in World War II has been discovered in the South Pacific.

A spokeswoman for Allen confirms wreckage from the USS Juneau was found Saturday off the coast of the Solomon Islands.

The ship was hit by Japanese torpedoes in 1942, killing hundreds of men, including the five Sullivan brothers from Waterloo, Iowa.

BANGKOK (AP) — A piece of prized World War II U.S. naval history, the wreckage of the aircraft carrier USS Lexington, which was sunk by the Japanese in a crucial sea battle, has been discovered by an expedition funded by Microsoft co-founder Paul Allen.

The team did not disclose terms of the deal, which runs through the 2020-21 season.

Olshey was named general manager in 2012 and promoted to his current positon in 2015. His first year he was involved in the draft that landed guard Damian Lillard and the team's hiring of head coach Terry Stotts. The next year Portland drafted CJ McCollum.

WASHINGTON (AP) — Civilian researchers say they have located the wreck of the USS Indianapolis, the World War II heavy cruiser that played a critical role in the atomic bombing of Hiroshima before being struck by Japanese torpedoes.

The sinking of the Indianapolis remains the Navy's single worst loss at sea. The fate of its crew — nearly 900 were killed, many by sharks, and just 316 survived — was one of the Pacific war's more horrible and fascinating tales.

Penn gets $9.25M grant for research on concussions

PHILADELPHIA (AP) — The foundation started by Microsoft co-founder Paul Allen has given a $9.25 million grant to the University of Pennsylvania for concussion research.

The Philadelphia Inquirer reports (http://bit.ly/2rIJ9Vr ) the research will study what happens to the brain at a cellular and network level when someone gets a concussion.

Paul Allen to donate $30M to permanent housing for homeless

SEATTLE (AP) — Microsoft co-founder and philanthropist Paul Allen will donate $30 million toward the development of a new housing facility for people who are homeless in Seattle.

The gift will help cover design and construction costs for Mercy Housing Northwest, a local nonprofit that will operate the facility.

SEATTLE (AP) — Microsoft co-founder and philanthropist Paul Allen has announced he is giving $40 million to the University of Washington's computer-science department.

The Seattle billionaire made the announcement Thursday, The Seattle Times reported (https://goo.gl/yGgLYN). Microsoft is giving another $10 million in Allen's honor.