JOHANNESBURG (AP) — The founder of the South African multi-Grammy-Award-winning music group Ladysmith Black Mambazo, Joseph Shabalala, has died at age 78, the group and the government announced...

Review: Carrie Fisher bio as sharp, endearing as its subject

“Star Wars” fans may feel a lump in their throats when Carrie Fisher appears in the...

CHARLOTTESVILLE, Va. (AP) — A Barnard College freshman who was fatally stabbed in a New York City park earlier this month was remembered by friends and classmates Saturday at a private memorial...

Paul Simon and Peter Singer discuss ‘The Life You Can Save.’

Simon is an admirer of the author-philosopher Peter Singer, the longtime Princeton...

KULA, Hawaii (AP) — Musician Paul Simon joined environmentalists trying to reinvigorate a Hawaii forest on Maui and planted a tree during a ceremony, a report said.

Marc Cohn and Blind Boys of Alabama, "Work to Do" (BMG)

Marc Cohn and the Blind Boys of Alabama's new album began as an EP of studio recordings before being wisely extended with their...

NEW YORK (AP) — Paul Simon doesn't care much for requests, but he might ask you to sing along.

The singer-songwriter's latest honor came from the Poetry Society of America, which celebrated...

Today in History for October 13th 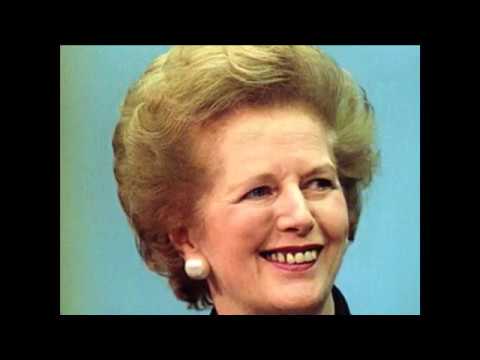 Edie Brickell's first new record since 2006 with her original band New Bohemians is a triumphant return for an artist who never really left.

NEW YORK (AP) — Paul Simon ended his final concert tour under a moonlit sky on home turf Saturday, telling an audience in a Queens, N.Y. park that their cheers "mean more than you can know."

Simon performed at Flushing Meadows Corona Park, which he said was a 20-minute bicycle ride from where he grew up, ending the landmark night with his first big hit, "The Sound of Silence."

A farewell to the road for Paul Simon

NEW YORK (AP) — Farewell tours don't always mean farewell, but are a ripe time for appreciation and appraisal. Paul Simon's concerts and a new biography offer the opportunity for both.

Simon's "Homeward Bound" tour began last week in Vancouver and takes him across North America, to Europe and an eventual conclusion with three dates back home in New York City.

GANGNEUNG, South Korea (AP) — When the International Skating Union made the popular decision to allow lyrics in all performances, the Paul Simon classic "The Sound of Silence" seemed like it would be a natural choice.

The folk tune is light and airy and fits neatly within the confines of traditional figure skating.

Vanessa James and Morgan Cipres went in another direction.

Paul Simon announces his upcoming tour will be his last

NEW YORK (AP) — Only a few days after Elton John announced he will retire from touring in three years, another venerable music figure is throwing in the touring towel — Paul Simon.

Simon, 76, took to social media Monday to say his upcoming tour will be his last, citing the personal toll of touring and the death of his lead guitarist, Vincent N'guini.

JOHANNESBURG (AP) — The son of legendary South African jazz musician and anti-apartheid activist Hugh Masekela says his father had "laughter and humor to the very end" before his death this week in Johannesburg.

Selema "Sal" Masekela told The Associated Press that "millions of people from across this world have shown their love for him" after a decade-long fight with prostate cancer.

NEW YORK (AP) — Vincent Nguini, a guitarist from Cameroon who worked with Paul Simon since the late 1980s, died last week in Brazil. He was 65.

Simon's publicist, Elizabeth Freund, confirmed the news to The Associated Press on Friday. Freund said Nguini died on Dec. 8 with his wife, Florence Nombulelo Yawa, by his side.

SARATOGA SPRINGS, N.Y. (AP) — Paul Simon has given students at his daughter's college alma mater a few tips on songwriting.

The Grammy-winning singer-songwriter was at Skidmore College in Saratoga Springs on Thursday to participate in a master class about songwriting, followed by an event titled "Paul Simon: A Conversation about a Musical Life."

PHILADELPHIA (AP) — A lead guitarist for the influential and Grammy Award-winning gospel group the Dixie Hummingbirds has died in Philadelphia.

"What Is It All but Luminous: Notes from an Underground Man" (Knopf), by Art Garfunkel

Art Garfunkel once envisioned a simple life as a mathematics teacher. He earned a master's degree and was well on his way to becoming a Ph.D. That plan was derailed when he and Paul Simon became famous as the folk-rock duo Simon & Garfunkel.

Becker toiled in relative anonymity -- but not to musicians

NEW YORK (AP) — Virtually unnoticed and certainly not harassed, Walter Becker and his partner in the rock band Steely Dan, Donald Fagen, sat in a booth having lunch in a crowded restaurant near the airport in Maui toward the end of tourist season in 1997.

Phiri, a vocalist and guitarist known for his versatility in jazz fusion, indigenous South African rhythms and other styles, received many music awards in his home country. His death was met with nationwide tributes.

Davis established the Dixie Hummingbirds in 1928 in Greenville, South Carolina. After several moves, the group settled in Philadelphia.

Maggie Roche of The Roches sister vocal trio dies at 65

NEW YORK (AP) — Maggie Roche, the folk-rock singer-songwriter who since the mid-1970s had performed and recorded as a trio and in pairs with her two sisters, has died.

Roche died of cancer, according to a statement posted online Saturday by her sister and bandmate Suzzy Roche. She was 65.

Comic Sarah Silverman joined Sen. Al Franken Monday night to urge Democratic National Convention delegates to unite — then stirred up Bernie Sanders die-hards with some choice words: "To the Bernie or bust people, you're being ridiculous."

As a Sanders supporter herself, Silverman said she would now vote for Hillary Clinton "with gusto" as she continues to be "inspired and moved to action by the ideals set forth by Bernie, who will never stop fighting for us."