Weta Digital, the Academy Award-winning visual effects company that made “The Lord of the Rings” and “Avatar” possible, is making original animated content for cinemas and streaming for the first...

Welcome to Orcland: Lord of the Rings to film in New Zealand

WELLINGTON, New Zealand (AP) — Amazon announced Wednesday it will film its upcoming television series "The Lord of the Rings" in New Zealand, marking a return of the orcs, elves and hobbits to the...

Peter Jackson making new documentary of Beatles’ ‘Let It Be’

NEW YORK (AP) — The Beatles' farewell documentary "Let It Be" is getting an encore, and a reinvention.

Review: ‘They Shall Not Grow Old’ is an immersive marvel

Director Peter Jackson is upfront about what audiences should not expect from his unconventional World War I documentary, "They Shall Not Grow Old." This is a film made by a non-historian for an...

LOS ANGELES (AP) — "Spider-Man: Into the Spider-Verse" swung to the top of the domestic box office in its first weekend in theaters, proving that there is widespread audience interest in big screen animated versions of Marvel's marquee superheroes.

NEW YORK (AP) — Peter Jackson has used digital wizardry to conjure J.R.R. Tolkien's Middle Earth and King Kong's 1930s New York, but he has now — in perhaps his most acclaimed film — employed all his technical powers to bring to life the Western Front of the first World War.

Jackson offers to help with ‘Lord of the Rings’ TV show 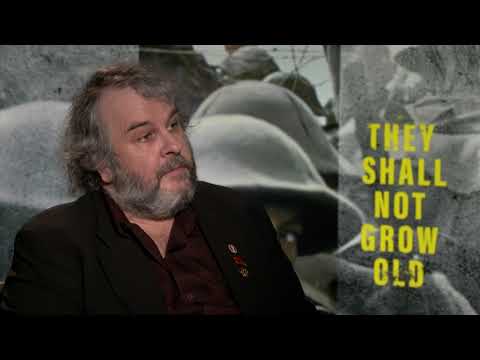 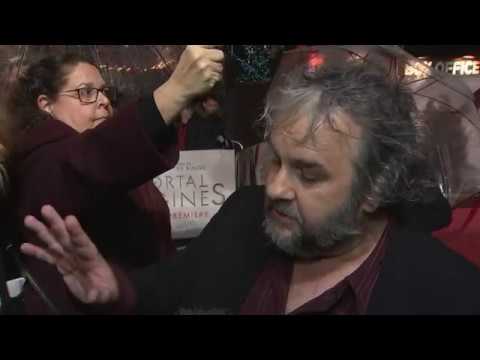 ‘Anything You Can Imagine’ recounts quest to film Tolkien

"Anything You Can Imagine: Peter Jackson & the Making of Middle-earth" (HarperCollins), by Ian Nathan

Reaching the final sentence in film writer Ian Nathan's 576-page exploration of movie director Peter Jackson's "The Lord of the Rings" trilogy requires the stoicism of Frodo and the vigor of Gandalf. So much detail lies along the way that even the eye of Sauron would need a shot of Visine to keep going.

LONDON (AP) — "The Lord of the Rings" director Peter Jackson's new film — a documentary that transforms grainy footage from World War I into color — has a title and a world premiere date at the London Film Festival in October.

The festival said Tuesday that "They Shall Not Grow Old" will be screened in London and at cinemas across Britain on Oct. 16, less than a month before the centenary of the war's end.

In the lawsuit filed in Los Angeles County Superior Court, Judd accuses Weinstein of defamation, sexual harassment and violating California's unfair competition law. Judd was in the first group of women who came forward last fall about Weinstein's sexual misconduct, putting her at the forefront of the #MeToo movement.

LONDON (AP) — "The Lord of the Rings" director Peter Jackson is going from Middle Earth to the Western Front, transforming grainy black-and-white footage of World War I into 3-D color for a new documentary film.

Jackson's movie, announced Monday, is among dozens of artworks commissioned by British cultural bodies to commemorate 100 years since the final year of the 1914-18 war.

The film, titled, "Spit: The Story of a Caveman and a Chicken," was released on Amazon in December, the Hawaii Tribune-Herald reported Friday.

‘Lord of the Rings’ TV series coming to Amazon Prime

NEW YORK (AP) — Amazon says it has acquired the global television rights to "The Lord of the Rings," based on the fantasy novels by J.R.R. Tolkien, with a multi-season commitment.

Lincoln Center's Film Society announced the selection Monday, giving a festival landing spot to one of the fall's most distinct releases. Lee also premiered his previous film, the 3-D "Life of Pi," at the New York Film Festival in 2012.