BATON ROUGE, La. (AP) — The new year will bring a rerun of several political debates in Louisiana, while also adding the once-a-decade battle over redistricting and an expected uptick in heated rhetoric as officials ready for the next statewide election cycle.

Border Patrol chief who supported Trump’s wall is forced out

CALEXICO, Calif. (AP) — The chief of the U.S. Border Patrol was forced out of his job Wednesday, after less than two years in a position that lies in the crosshairs of polarizing political debate.

Rodney Scott wrote to agents that he will be reassigned, saying he “will continue working hard to support you over the next several weeks to ensure a smooth transition.”

BELGRADE, Serbia (AP) — Vaccines from the West, Russia or China? Or none at all? That dilemma faces nations in southeastern Europe, where coronavirus vaccination campaigns are off to a slow start — overshadowed by heated political debates and conspiracy theories...

WASHINGTON (AP) — In Republican circles — with the notable exception of the man who leads the party — the debate about masks is over: It’s time to put one on...

WASHINGTON (AP) — In Republican circles -- with the notable exception of the man who leads the party -- the debate about masks is over: It’s time to put one on...

Housing woes push into 2020 campaign from Nevada and beyond

LAS VEGAS (AP) — Like many, Mario Wolthers was lured to Las Vegas a decade ago from California by cheaper housing costs...

CLEVELAND, Ohio – The Libertarian Party of Ohio on Monday threatened possible legal action against the Ohio Debate Commission over being left out of the gubernatorial debate in Cleveland. 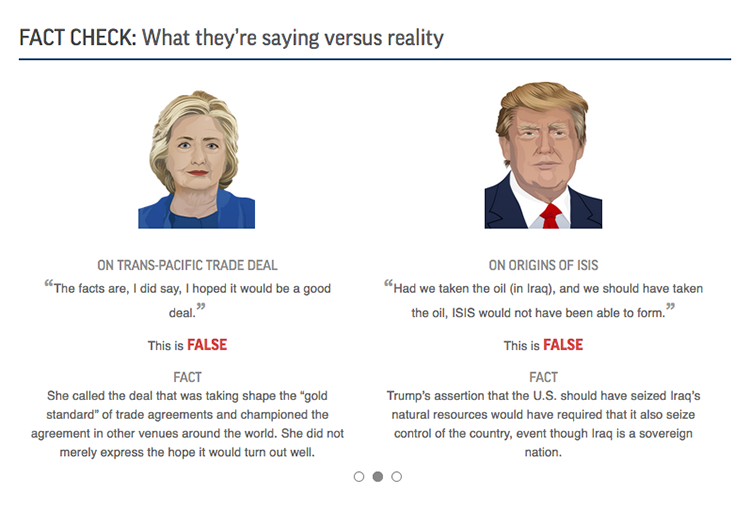