NEW YORK (AP) — A group of women who say they were victimized by Harvey Weinstein, including one who testified at his trial, have endorsed former prosecutor Lucy Lang to replace the Manhattan...

NEW YORK (AP) — Rose McGowan doesn't plan be in the courtroom when Harvey Weinstein's criminal trial starts next week: One of Weinstein's most prominent accusers, McGowan says the trauma the...

‘Untouchable’ charts the rise and fall of Harvey Weinstein

PARK CITY, Utah (AP) — Harvey Weinstein's name was intrinsically linked to the Sundance Film Festival for years, which makes it somewhat fitting that 14 months after his career began to unravel the festival played host to the world premiere of a documentary about his rise and fall.

"I'm so happy it's at Sundance," said "Untouchable" director Ursula Macfarlane, whose film debuted Friday night in Park City. "It's the perfect place for a film about Harvey." 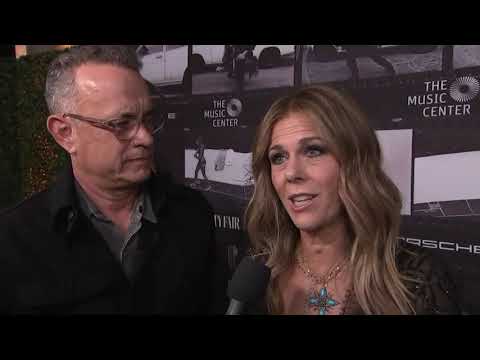 Weighing Me Too movement’s impact in Hollywood

NEW YORK (AP) — With two of Harvey Weinstein's accusers watching from the audience, journalists whose work led to the Hollywood mogul's downfall and arrest received their Pulitzer Prize awards on Wednesday at an event honoring them and the other winners.

The New York Times and The New Yorker magazine received the gold medal for public service for reporting on decades of sexual abuse allegations against Weinstein.

With a lighter touch, SAG Awards follows a familiar script

LOS ANGELES (AP) — With a still undetermined awards race and an industry undergoing tectonic shifts with the Me Too and Time's Up movements, awards shows have become canaries in the coal mine.

After the Golden Globes, it was clear that the entertainment business was not shying away from its problems, but the Screen Actors Guild Awards suggested that perhaps the Hollywood reckoning is now following a familiar script.

Spotlight to focus on women at 24th annual SAG Awards

LOS ANGELES (AP) — The Screen Actors Guild Awards' tendency to predict eventual Oscar winners won't be the only thing commanding attention when the 24th annual ceremony airs Sunday. The show is also focusing its spotlight on women, with nearly all female presenters, all women opening the show and a first-ever host in actress Kristen Bell.

Tomei, Arquette, Nash and Munn to present at SAG Awards

NEW YORK (AP) — The New York Times on Tuesday fired lawyer David Boies' firm after learning it tried to halt the newspaper's investigation into sexual harassment charges against Hollywood mogul Harvey Weinstein while also representing the newspaper on other matters.

Boies has disputed the Times' view that his work for Weinstein represented a conflict of interest. Still, he no longer works for Weinstein and said the task he completed for him was a mistake.