OKLAHOMA CITY (AP) — Actor Sacha Baron Cohen, who stars in “Borat Subsequent Moviefilm,” donated $100,000 to the church of a woman who believed she was taking part in a documentary but instead was...

WASHINGTON (AP) — The Latest on the presidential campaign (all times local):

President Donald Trump says he thinks Sacha Baron Cohen, the comedian behind the “Borat” films, is...

NEW YORK (AP) — Rudy Giuliani is shown in a compromising position in a hotel room with a young woman acting as a television journalist in a scene in Sacha Baron Cohen’s latest mockumentary, a...

Review: Borat is back, and this time he fits right in

Since Sacha Baron Cohen first appeared as his Kazakh journalist on “Da Ali G Show,” Borat Sagdiyev has been remarkably consistent. The accent is the same. The gray suit is still rumpled. “Nahce”...

‘Borat’ sequel to be released by Amazon before election

NEW YORK (AP) — Borat is back. Sacha Baron Cohen has filmed a sequel to his 2006 film “Borat! Cultural Learnings of America for Make Benefit Glorious Nation of Kazakhstan” that Amazon plans to...

MONTGOMERY, Ala. (AP) — Comedian Sacha Baron Cohen asked a federal judge to dismiss Roy Moore's defamation lawsuit over a television segment that lampooned Moore in the wake of sexual misconduct...

English-speaking men can face arrest for antics in Poland

Roy Moore says he was duped into appearing on comedy show

MONTGOMERY, Ala. (AP) — Former U.S. Senate candidate Roy Moore says he didn't know he was dealing with comedian Sacha Baron Cohen when he agreed to appear on a television show, his lawyers wrote in court filings last month.

Moore in September filed a $95 million defamation lawsuit over his appearance on Baron Cohen's "Who is America?" In court filings, Moore argued the agreement he signed waiving legal claims from the appearance is unenforceable because of fraud. 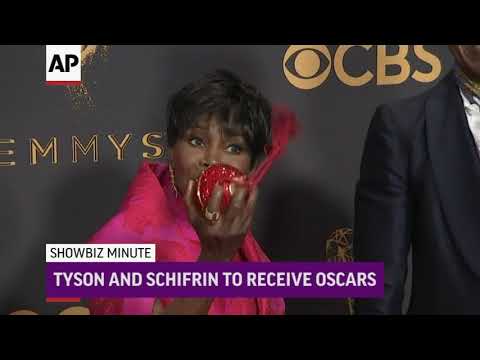 The lawsuit appears to be the first actually filed by one of the string of politicians who were duped and humiliated by Baron Cohen on the show "Who is America."

Arpaio often seemed taken aback during the interview that aired Sunday in which Baron Cohen portrayed a Finnish TV host who channeled some of his questions through a toy named "D'Lish Donut."

JERUSALEM (AP) — Sacha Baron Cohen is at it again. After tapping into his familiarity with Israel and his fluency in Hebrew to shape previous eccentric personas such as Borat and Bruno, the Jewish comedian has created his most stereotypical Israeli character yet — a grotesque, faux counterterrorism instructor in his new Showtime series "Who is America?"

‘I will be resigning’ says lawmaker who shouted slur on TV

ATLANTA (AP) — A Georgia lawmaker says "I will be resigning" after he exposed himself and yelled racial slurs on provocateur Sacha Baron Cohen's cable TV show, according to a letter the Republican legislator sent to the speaker of the state House.

The Latest: ‘I will be resigning’ says lawmaker in slur flap

ATLANTA (AP) — The Latest on a Georgia lawmaker who exposed himself and yelled racial slurs on TV (all times local):

A Georgia lawmaker who exposed his buttocks and yelled racial slurs on provocateur Sacha Baron Cohen's cable TV show says in a letter: "I will be resigning my post."

The text of Rep. Jason Spencer's resignation letter was released Wednesday by Kaleb McMichen, spokesman for Georgia House Speaker David Ralston. The brief letter says Spencer will step down at the end of July.

ATLANTA (AP) — A Georgia lawmaker is the latest public figure caught with his pants down on provocateur Sacha Baron Cohen's new cable TV series, this time literally, as the state legislator exposes his bottom, speaks with a mock Asian accent and yells a racial slur all in the name of fighting terrorism.

Showtime and Sacha Baron Cohen push back against Sarah Palin

NEW YORK (AP) — Showtime and Sacha Baron Cohen are pushing back against allegations the comedian duped guests on his new show by posing as a disabled veteran.

The network says in a statement Monday that Baron Cohen "did not present himself as a disabled veteran" or wear any military apparel when he met with Sen. Bernie Sanders and former Republican vice presidential candidate Sarah Palin.

NEW YORK (AP) — The provocateur Sacha Baron Cohen has rebooted his ambush chat show and before any judgment is made about the wisdom of that decision, you have to admire the sheer perseverance of not only the host but also his so-called guests.

Fifteen years after the British comedian leapt to America as an unknown cultural trip-wire to punk everyone from Donald Trump to Edwin "Buzz" Aldrin, he's still befuddling folks who should really know better.

Some politicians are going through the several stages of panic associated with an interview with Sacha Baron Cohen: remorse, damage control, anger and regret for being duped.

Former Sheriff Joe Arpaio says he is among the political figures duped by British comedian Sacha Baron Cohen during interviews for his upcoming Showtime series.

The former Republican vice presidential candidate says she fell victim to British comedian Sacha Baron Cohen during an interview for his upcoming Showtime series, "Who Is America?"

PRAGUE (AP) — Comic actor Sacha Baron Cohen has offered to pay the fines for six Czech tourists who were reportedly detained by authorities in Kazakhstan's capital Astana for dressing up as his character Borat.

Sporting lime green "mankinis" and black wigs, the men had hoped to take a picture in front of the "I Love Astana" sign earlier this month.

But local police fined them some $68 each for committing minor hooliganism, according to local media.