LOS ANGELES (AP) — Mari Winsor, a celebrity trainer for Hollywood’s elite who became known as a Pilates guru, has died. She was 70.

Winsor’s family rep Alison Graham said in a statement that...

Review: ‘The Rhythm Section’ is a fresh take on old formula

When you think of top-notch movie assassins, there’s a good chance you conjure up Samuel L. Jackson or Keanu Reeves or Matt Damon. You might not immediately think of Blake Lively. But now you...

There's been a lot of talk recently about so-called “dad movies,” partly sparked by the success of “Ford v Ferrari.” And when it comes to that driving flick, a new movie says, “Hold onto your...

NEW YORK (AP) — Sir Patrick Stewart, Samuel L. Jackson and Lucy Liu will be among the readers for the audio edition of a new anthology edited in part by the American Civil Liberties Union....

LONDON (AP) — With Martin Scorsese’s “The Irishman” expected to battle “Once Upon a Time in… Hollywood” and “1917” for the best picture Oscar in February, all eyes are on the special effects team...

By The Associated PressDecember 19, 2019 GMT

Taylor Swift performing at the American Music Awards, the fabulous reaction Phoebe Waller-Bridge gave when winning a trophy at the Emmy Awards and the time Spike Lee gleefully jumped into the arms...

Apple cancels premiere of ‘The Banker’ over ‘concerns’

NEW YORK (AP) — Apple has canceled the premiere of one of the tech company’s first original films, “The Banker” the day before it was to debut at Los Angeles’ AFI Film Festival.

Tyler Perry christens new studio with help of Oprah, others

Coming soon: Alexa in your ear and on your finger

The online shopping giant said Wednesday that it will soon start selling wireless earbuds, finger rings and prescription eyeglasses with its...

Review: Toxic masculinity in a sitcom package in ‘Shaft’

The latest "Shaft," which adds a new generation of bad mother------- to the mix, is not what you might expect. It's not gritty or raw or even attempting to be all that cool. Instead it maintains...

The star of "The Last O.G." will preside over the annual show...

Spike Lee bounding into the arms of Samuel L. Jackson, and trading shout-outs to Brooklyn (and hats!) with Barbra Streisand. A weeping Lady Gaga in her elegant up-do, extolling the virtues of hard...

Triumph and disappointment for Spike Lee at Oscars

NEW YORK (AP) — This Broadway smash even made news on Hollywood's big night.

Hey, when the Knicks win a home game, Spike Lee needs to know. Even if he's across the country at the Academy... 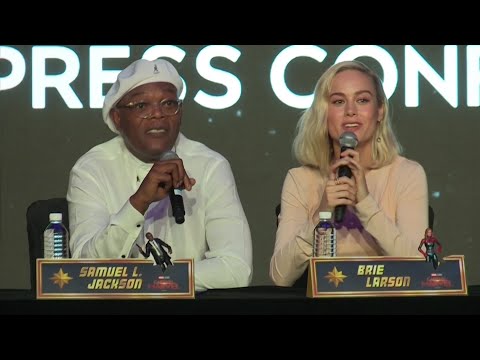 LOS ANGELES (AP) — Who needs a host when Wakanda is coming to the Academy Awards? "Black Panther" stars Chadwick Boseman and Angela Bassett have been added to the starry list of presenters for the... 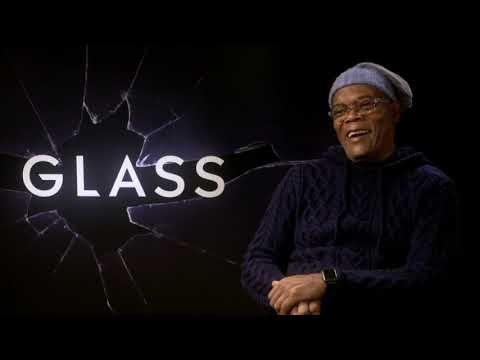 Review: The underwhelming rollercoaster of ‘Glass’

Samuel L. Jackson's Elijah Price, or Mr. Glass, as he prefers to be called, was by far the most compelling part of M. Night Shyamalan's slow-burn comic book send-up "Unbreakable." A brilliant,... 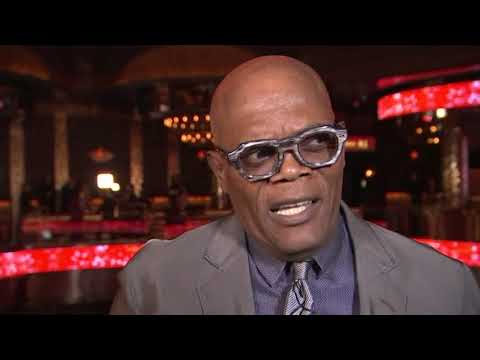 The Latest: US celebrity team beats Europeans at Ryder Cup

SAINT-QUENTIN-EN-YVELINES, France (AP) — The Latest on the Ryder Cup at Le Golf National (all times local):

The United States is two-thirds of the way to a clean sweep at the Ryder Cup.

SAN DIEGO (AP) — Director M. Night Shyamalan says he could have launched the trailer for "Glass" in front of the summer's biggest movies in theaters, but that he wanted to hold it for Comic-Con.

The filmmaker said Friday at the annual comic book convention that he felt strongly that the Hall H audience should be the first to see it.

14 years on, ‘The Incredibles’ return

She will preside over the show honoring the past year's top athletes and moments in sports on July 18. The show airs live on ABC from the Microsoft Theater in Los Angeles.

Patrick is set to retire from auto racing after competing in Sunday's Indianapolis 500, where her fourth-place finish in 2005 is the highest by a woman.

MEMPHIS, Tenn. (AP) — The Latest on commemorations of the 50th anniversary of the assassination of the Rev. Martin Luther King Jr. (all times local):

Stevie Wonder has released a video featuring celebrities espousing the need to continue the works of the Rev. Martin Luther King Jr. on the 50th anniversary of his assassination.

Wonder says in the video released online Wednesday night that the teachings of the slain civil rights icon are still alive.

Cathey died at age 59, according to a statement from Netflix published in numerous reports. No other details were given.

NEW YORK (AP) — Another school year is starting across the nation.

But in what kind of schools?

Samuel L. Jackson, Tom Hanks, Anna Deavere Smith and Common are just a few of the celebrities joining forces for "EIF Presents: XQ Super School Live," a special one-hour telecast that will invite the public to consider the state of high schools today and what they might be in the future.

Common and Hanks among stars of ‘Super School Live’ special

The stars will be joined by more than two dozen celebrities slated to appear on the "EIF Presents: XQ Super School Live " special that will air on all four major broadcast networks simultaneously on Sept. 8 at 8 p.m. Eastern.

LOS ANGELES (AP) — Critics loved "Logan Lucky" and gave a big collective shrug to "The Hitman's Bodyguard," but when it came to the test of the marketplace, audiences went their own way.

The two action flicks faced off this weekend, and "The Hitman's Bodyguard" emerged the victor with a chart-topping $21.6 million, according to studio estimates Sunday, while "Logan Lucky" sputtered on arrival with $8.1 million.

There's not a whole lot that's new about "The Hitman's Bodyguard ." Its mismatched-pals premise is the stuff of classic buddy comedies. Stars Ryan Reynolds and Samuel L. Jackson play their typical character types: Reynolds the handsome do-gooder; Jackson the unflappable badass whose favorite word is mother(expletive). And like many movie heroes past, they're tasked with taking down a brutal dictator.

Back to school with the stars

Q&A: Samuel Jackson on race, Trump and loving his job

NEW YORK (AP) — Samuel L. Jackson isn't just in the movies. He IS the movies.

ANAHEIM, Calif. (AP) — When it comes to Disney, they like to keep it in the family, whether it's getting a football team's worth of original Disney princesses to cameo in "Wreck-It Ralph 2," reuniting "The Incredibles" fourteen years after the original film hit theaters, or securing a new director for "Toy Story 4."

Move hatmaking into a US factory? Easier said than done

ADAMSTOWN, Pa. (AP) — If home is where you hang your hat, Kangol is struggling to afford its pricey new U.S. digs.

When the famous hat brand worn by celebrities like Samuel L. Jackson, Brad Pitt and Gwen Stefani moved into a Pennsylvania factory last year from China, executives with the Bollman Hat Co. billed it as an effort to create U.S. manufacturing jobs.

May 31, 2017 GMT
ADVERTISEMENT
All contents © copyright 2021 The Associated Press. All rights reserved.