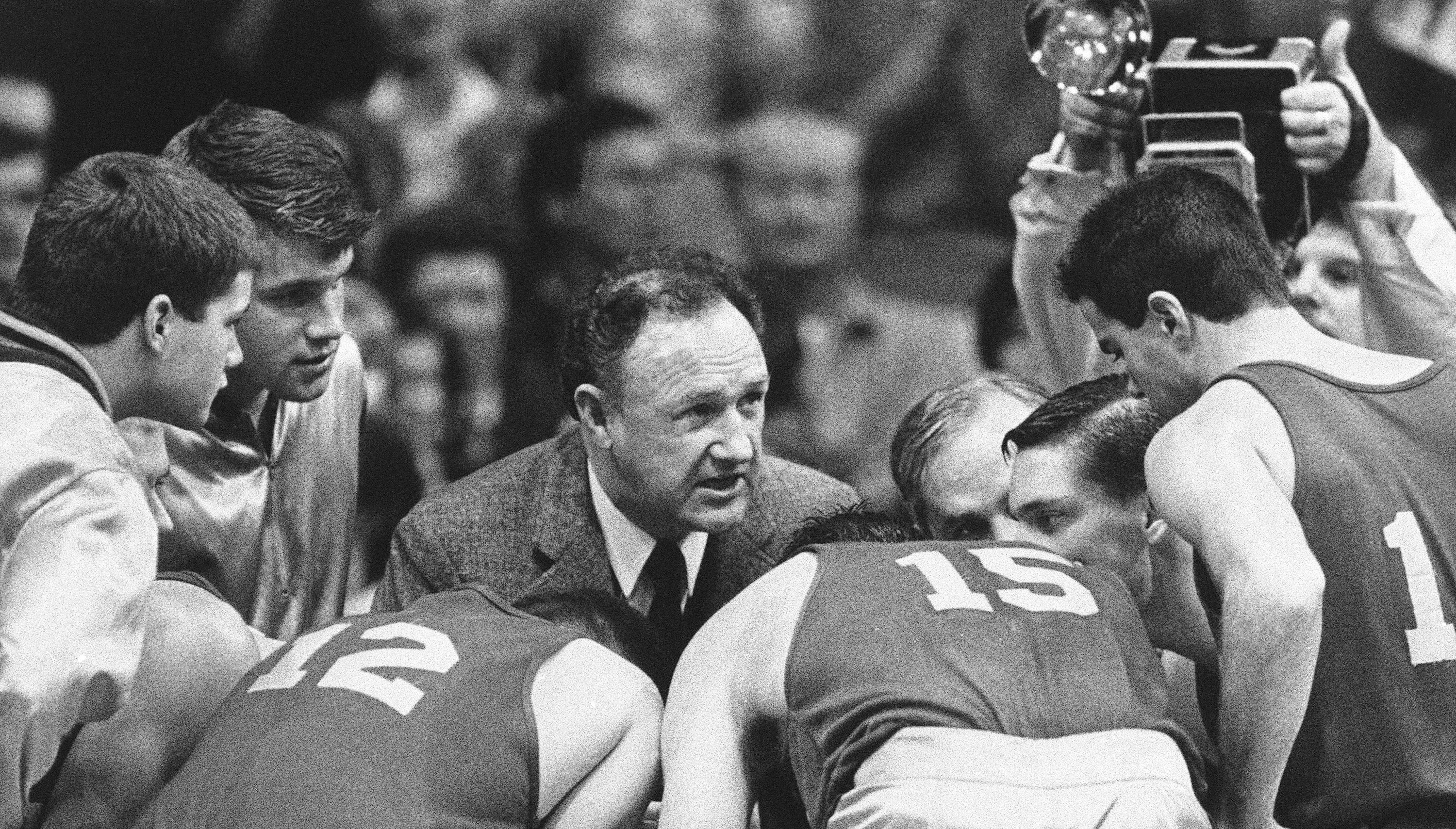 “Hoosiers” shot all the way to No. 1 in The Associated Press Top 25 of best sports movies, a one-of-a-kind poll from the news organization known for its rankings of college teams...

Former minor-league ballplayer Ron Shelton has written and directed a host of sports-themed movies, but it’s doubtful anyone has told him they’ve named their children after the characters in “Tin Cup” or “White Men Can’t Jump” or even “Cobb.”

The top vote-getters in The Associated Press poll of best sports movies from a panel of 70 writers and editors...

By now you’d think you know what you’re getting with an Adam Sandler sports movie. “Happy Gilmore” and “The Waterboy” have conditioned us to expect silly voices and left hooks from irritated game show hosts.

Q&A: Mark Rylance on his still-evolving life in movies

NEW YORK (AP) — With London's stages closed for much of the pandemic, Mark Rylance — one of the theater's most soulful actors and a leading interpreter of Shakespeare — made six films.

SEATTLE (AP) — It started with an unsolicited email that landed in the inbox of the game presentation executives for the Seattle Kraken.

The name Rod Masters didn't immediately resonate with Jonny Greco and Lamont Buford, who are in charge of overseeing entertainment and game production for the expansion franchise, though they would soon make a connection.

The flipside of ‘Hoosiers’ - No ‘miracle’ for Muncie Central

INDIANAPOLIS (AP) — The 1954 Indiana high school basketball tournament remains so vivid in Leon Agullana's memory it's as if he never left Muncie Central...

Yo, Adrian! ‘Rocky’ still packs a punch as Philly favorite

PHILADELPHIA (AP) — The Brazilian exchange student made one request of his host before his study abroad semester was cut short and he returned home to Sao Paulo:...

Fore! ‘Caddyshack’ tees off at No. 4 on AP sports movie list

DAVIE, Fla. (AP) — It happens all the time. Someone will pull up to the big metal gate in front of the clubhouse, press the intercom button and ask to see Bushwood Country Club...

Column: A look at some of the best sports documentaries

Sports and cinema have an uneasy alliance.

For every “Raging Bull,” there are an abundance of flicks that get it wrong when they try to recapture a memorable event or famous athlete...

Jake LaMotta was a straight-ahead brawler, so determined to wreak havoc every time he entered the boxing ring that he handed the great Sugar Ray Robinson his first loss...

Iconic lines, other info on sports movies in the AP Top 25

A look at iconic lines and other key information about the sports movies that made the AP Top 25:...

‘A League of Their Own’ inspired baseball pioneer Croteau

There were moments when Julie Croteau’s baseball path was a lonely one even as she turned in a career historic enough that Cooperstown wanted her glove...

For now and the foreseeable future, thanks to the coronavirus pandemic, there are no live sports to watch -- in person, on television, online...