SAN FRANCISCO (AP) — Homeless moms who were evicted earlier this year from a vacant San Francisco Bay Area house they occupied say a community land trust has purchased the property and will turn...

About 6,000 Iowa businesses received loans of $150,000 or more from the federal Paycheck Protection Program, according to a government list released Monday.

WASHINGTON (AP) — The Republican Party is facing a reckoning over some of its most divisive candidates. So far the results are mixed, and that's dicey for the GOP as a country shuddering from...

DES MOINES, Iowa (AP) — The longer Steve King served in Congress, building up a repertoire of racist rhetoric and nativist sentiments, the more he unwittingly became a unifying force in American...

5 Things to Know for Today

1. AMERICA’S STREETS CALMEST IN DAYS Protests over the police killing of George Floyd...

Shunned by his party, Iowa’s Steve King fights for his seat

DES MOINES, Iowa (AP) — Rep. Steve King is fighting for his political life — but not because he's compared immigrants crossing the border illegally to cattle. His Republican opponents in next...

Man gets probation for tossing water on Iowa Rep. King

SIOUX CITY, Iowa (AP) — A Colorado man who threw a cup of water on Iowa Congressman Steve King has been sentenced to two years of probation.

SIOUX CITY, Iowa (AP) — A Colorado man has admitted to throwing a cup of water on Iowa Congressman Steve King.

DES MOINES, Iowa (AP) — Rep. Steve King said Friday he stands by his recent comments about rape and incest that sparked bipartisan criticism but acknowledged he could have made his point in a...

When a sitting congressman sees an upside to rape and incest, sex abusers get the message

Accused rapists have long defended themselves by...

Even as some cringe, Rep. Steve King’s support may endure

By SCOTT McFETRIDGE and MARGERY A. BECKAugust 16, 2019 GMT

DES MOINES, Iowa (AP) — Rep. Steve King's most recent insensitive remarks about rape are the kind that have doomed political candidates elsewhere, but some fellow Iowa Republicans say it's...

DES MOINES, Iowa (AP) — In a story Aug. 14 about Rep. Steve King's comments on banning abortion, The Associated Press, relying on a story by The Des Moines Register, inaccurately quoted King as...

Grassley declines to say if he think Trump tweet was racist

DES MOINES, Iowa (AP) — Sen. Charles Grassley of Iowa is declining to directly answer whether he thinks President Donald Trump's comments toward four minority women in the U.S. House were...

DES MOINES, Iowa (AP) — A Republican state senator who is challenging U.S. Rep. Steve King for the GOP nomination in Iowa's 4th Congressional District says he's stepping down as chairman of the...

Rep. King compares criticism of him to persecution of Christ

CHEROKEE, Iowa (AP) — Iowa Republican Steve King says the criticism he has faced from fellow members of Congress over his offensive remarks gives him "better insight" into what Jesus Christ...

King: Katrina victims only asked for help, unlike Iowans

WASHINGTON (AP) — Republican Steve King says he was told that victims of Hurricane Katrina only asked for help, unlike people in his home state of Iowa, who "take care of each other."

St. Joan of Arc saved, will be independent Catholic school

SKOKIE, Ill. (AP) — A loyal community has saved St. Joan of Arc School in Skokie and will operate it independently of the Archdiocese of Chicago.

JOHNSTON, Iowa (AP) — Iowa Rep. Steve King says he will seek re-election despite Republican House leadership's move to strip him of his committee assignments after his racist statements about...

Ernst told Iowa reporters Thursday that she shouldn't have to be "spending precious time talking about white supremacy and comments by a member of our delegation." 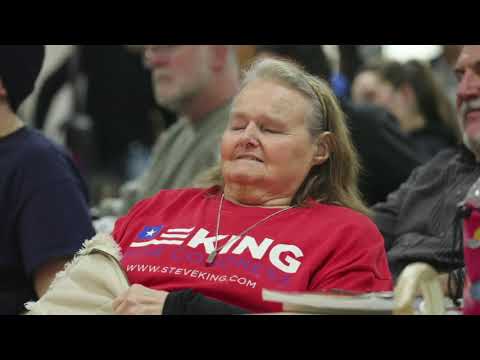 PRIMGHAR, Iowa (AP) — Constituents applauded Republican Rep. Steve King on Saturday at the Iowa congressman's first public event since being rebuked by his House colleagues over racist comments he had made to a newspaper earlier this month.

King told the roughly 75 people who showed up for the first of 39 planned town hall meetings in his sprawling district that he doesn't adhere to a white supremacist ideology and he repeated his assertion that he's not racist.

The group, called Working Hero Iowa, will encourage eligible people to apply for the Earned Income Tax Credit, which can benefit low-income workers.

Iowa Rep. King returns to district after uproar over comment

King announced Wednesday he would delay a planned meeting Thursday but would hold another event Saturday morning in the small northwest Iowa city of Primghar.

The nine-term Iowa congressman was among those supporting the measure, which was approved, 424-1.

After years of King’s remarks, why now for the GOP response?

Despite his seemingly endless string of racist comments and insults about immigrants, Iowa Rep. Steve King had the Republican Party's backing through nine elections and GOP presidential contenders often lined up for his endorsement in the state's lead-off caucuses.

In a twist, the nine-term Iowa congressman was among those supporting the measure of disapproval, which was adopted, 424-1.

Contentious statements by Rep. Steve King over the years

House GOP leadership took moves to block Iowa Republican Rep. Steve King from committee assignments for the next two years after he lamented that white supremacy and white nationalism have become offensive terms.

Here is a look at some of King's contentious comments and stances since becoming a member of Congress in 2003:

— In 2006, King called for an electrified fence on the US border, saying, "We do that with livestock all the time."

WASHINGTON (AP) — She used to be known mostly for her vice presidential family lineage. But Rep. Liz Cheney, the third-most senior House Republican, is cutting a new path as the first GOP leader to call Rep. Steve King's remarks "racist" and call explicitly for his resignation.

"I'd like to see him find another line of work," Cheney, 52, told reporters on Tuesday. 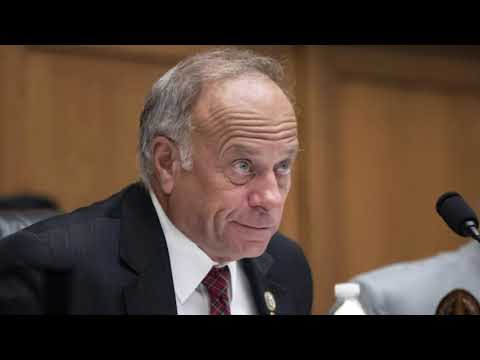 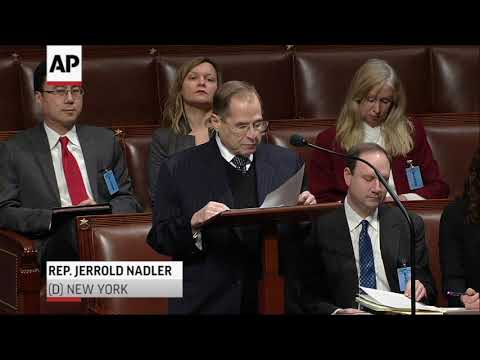 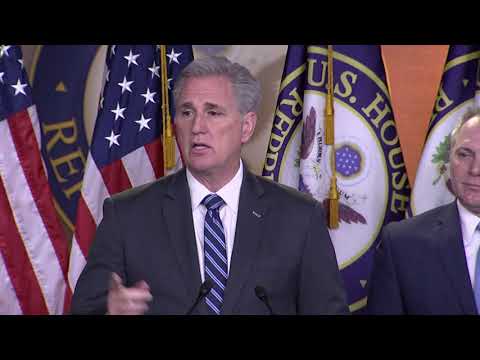 Iowa’s King off House committees after remarks about race

WASHINGTON (AP) — Veteran Republican Rep. Steve King will be blocked from committee assignments for the next two years after lamenting that white supremacy and white nationalism have become offensive terms.

House Republicans will block Iowa Rep. Steve King from serving on any committees in the new Congress as punishment for his remarks about white supremacy.

House Minority Leader Kevin McCarthy announced the move against King on Monday. He denounced King's remarks as "beneath the dignity of the Party of Lincoln and the United States of America."

WASHINGTON (AP) — The House Republican leader said Sunday he will meet with Rep. Steve King this week to discuss King's future and role in the party and promised action following the Iowa congressman's recent comments in defense of white supremacy.

WASHINGTON (AP) — Iowa Republican congressman Steve King says he's not a racist, but he faced intensifying criticism Friday over his remarks about white supremacy, including from a black GOP senator who said such comments are a blight on the nation and the party.

Republicans slam Rep. King for what they call racist remarks

WASHINGTON (AP) — House Republicans on Thursday criticized a fellow GOP lawmaker for making what they said were "racist" comments.

The comment drew a denunciation from members of House Republican leadership.

DES MOINES, Iowa (AP) — Republican Steve King likes to note that President Donald Trump has referred to him as "the world's most conservative human being," but the congressman from deep-red western Iowa known for his caustic comments about race and immigration is bracing for what could be his toughest campaign since taking office 16 years ago.

Randy Feenstra, an assistant Republican legislative leader, announced Wednesday he intended to run for the northwest Iowa seat and has opened a federal campaign committee.

DES MOINES, Iowa (AP) — After eking out a narrow election victory after allegations he had met white supremacists, Iowa Republican Rep. Steve King promised Wednesday to even more forcefully state his views in the future, saying his "head is bloodied but unbowed."

DES MOINES, Iowa (AP) — Polls have opened across Iowa for an election highlighted by competitive races for governor and Congress.