NEW YORK (AP) — Paul Simon is the latest icon to sell his rich catalog of songs.

Sony Music Publishing announced Wednesday that it has acquired Simon's catalog, which includes six decades of...

NEW YORK (AP) — Neil Young has become the latest musician to strike gold with his song catalogue, selling a 50 percent stake in his music to a British investment company in a deal announced on...

ARLINGTON, Texas (AP) — Nikki McKibbin, a singer from Texas best known for her third place finish in the first season of American Idol, has died. She was 42.

The rock icon is at her Los Angeles home, where she’s been cooped up since December after wrapping the...

NEW YORK (AP) — Stevie Nicks — who is releasing a new song Friday and a concert film later this month — discusses the TV miniseries she’s working on as well as her relationships with Tom Petty,...

Lizzo, The Who, Foo Fighters among 2020 Jazz Fest top acts

Celebrity birthdays for the week of May 26-June 1

LOS ANGELES (AP) — Fleetwood Mac has announced rescheduled dates for its North America tour that were postponed earlier this month because singer Stevie Nicks had the flu.

Fleetwood Mac cancels Jazz Fest, other dates due to illness

NEW ORLEANS (AP) — Illness is forcing Fleetwood Mac to cancel a number of appearances, including at the Jazz Fest, where the band had been scheduled as a last-minute replacement for the Rolling... 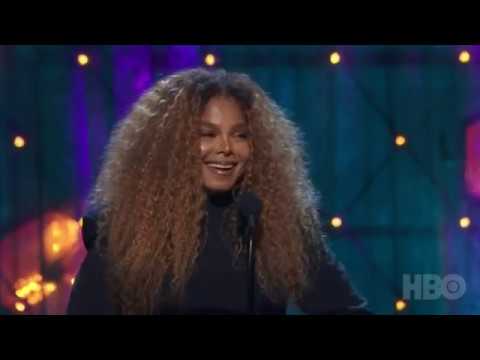 NEW YORK (AP) — Stevie Nicks, who became the first woman inducted twice into the Rock and Roll Hall of Fame, and Janet Jackson, the latest member of the Jackson clan to enter the hall, called for...

NEW YORK (AP) — Joe Elliott has no problem addressing huge crowds at concerts and festivals. But when his band Def Leppard gets inducted into the Rock & Roll Hall of Fame on Friday, it's the...

Harry Styles, Brian May, Monae to present at Rock Hall

NEW YORK (AP) — Harry Styles, Queen's Brian May and Janelle Monae are among those presenting at the 2019 Rock & Roll Hall of Fame induction ceremony.

NEW YORK (AP) — Janet Jackson joins her brother Michael and the Jackson 5 as members of the Rock and Roll Hall of Fame, earning induction on Thursday along with Stevie Nicks and the top fan vote-getter, Def Leppard.

Radiohead, the Cure, Roxy Music and the Zombies will also be ushered in next spring at the 34th induction ceremony. It will be held March 29 at Barclays Center in Brooklyn.

Review: LP, diminutive singer with big voice, lays it out

There's a reference to shape-shifting tucked into the lyrics of "When I'm Over You," the second song on LP's new album, "Heart to Mouth," and it didn't get there by accident.

Over the course of a dozen new songs, the diminutive singer works in enough different styles to draw comparisons to some of the world's greats — and yet she doesn't sound quite like any of them.

LOS ANGELES (AP) — Fleetwood Mac disputes allegations in a lawsuit filed by Lindsey Buckingham for kicking him off the band's new tour.

In the suit, the guitarist and songwriter is seeking his share of tour income because he says he still wants and is able to perform.

Lindsey Buckingham sues Fleetwood Mac for kicking him out

In the suit, the Hollywood Reporter says the guitarist and songwriter is seeking his share of the tour because he says he still wants and is able to perform.

NEW YORK (AP) — Stevie Nicks, who's already in the Rock and Roll Hall of Fame as a member of Fleetwood Mac, has been nominated for inclusion as a solo artist next year, along with other first-time nominees Def Leppard, Todd Rundgren, Devo, John Prine and Roxy Music.

Nine other artists are returning to the ballot for another try, including Janet Jackson, Radiohead and The Cure.

LOUISVILLE, Ky. (AP) — There aren't many people with a job quite like Alene Day's.

She was waiting to high five rocker Billy Idol as he ran off stage at Iroquois Amphitheater and has driven Grateful Dead drummer Mickey Hart around while listening to stories about life on the road with one of rock's most iconic bands.

LOS ANGELES (AP) — Stevie Nicks cried on her living room floor when she first saw LeAnn Rimes perform "Borrowed" on her TV in 2013.

The song, about an intimate, yet fleeting romance between Rimes and her lover, came out on Rimes' "Spitfire" album when Nicks became enamored with it. The Fleetwood Mac singer knew then that she wanted to sing it with Rimes someday.

California band Dawes dip their observant takes on our days of angst deep into a tub of '70s folk and soft rock, turning "Passwords," their sixth album, into a soothing, sugar-coated collection with a bittersweet lyrical aftertaste.

Fleetwood says in a Facebook post that Kirwan died Friday in London. No cause of death was given.

LOS ANGELES (AP) — Lindsey Buckingham will have to go his own way. The singer-guitarist is out of Fleetwood Mac.

The band said in a statement Monday that Buckingham will not be on their new tour. The announcement came in two terse sentences at the bottom of a long news release announcing the new concerts.

"Lindsey Buckingham will not be performing with the band on this tour," the statement said. "The band wishes Lindsey all the best."

Fleetwood Mac to earn MusiCares Person of the Year

NEW YORK (AP) — Fleetwood Mac will be named the 2018 MusiCares Person of the Year, becoming the first group to receive the honor.

The Recording Academy announced Wednesday that the 28th annual benefit gala will take place at Radio City Music Hall in New York on Jan. 26, 2018, two days before the 2018 Grammy Awards.

The organization said they are honoring the iconic group for "their significant creative accomplishments and their longtime support of a number of charitable causes."

The first duet album from Lindsey Buckingham and Christine McVie is nearly Fleetwood Mac, with only Stevie Nicks missing from the band's classic lineup.

Its development began even before McVie rejoined the band after 16 years for the 2014-2015 "On With the Show" tour, when Buckingham recorded several songs with the Mac rhythm section of Mick Fleetwood and John McVie, who also contribute to the finished album.

Zach Rogue and Courtney Jaye express themselves just fine on their debut, sprinkling "Pent Up" with a little indie dust over a graceful mix of pop, country and folk.

Rogue has released a handful of albums with San Francisco band Rogue Wave since 2003, from near-solo lo-fi to more polished efforts. Jaye has also recorded a few albums while making stops everywhere from Georgia and Hawaii to Tennessee and southern California.

Stevie Nicks to honor Prince during upcoming US tour

NEW YORK (AP) — Stevie Nicks is trying to whittle down the set list for her upcoming solo tour, but one song that definitely made the cut is her 1983 hit "Stand Back" with Prince. Originally written as a compliment, now it will be a tribute.

The Fleetwood Mac singer, who heard Prince's "Little Red Corvette" on her car radio and loved it so much she decided to write an answer song, hasn't played "Stand Back" since Prince died in April.