INDIANAPOLIS (AP) — Indiana teachers would have to renew requests every year for automatic paycheck deduction of union dues under a bill that’s been approved by the state Senate.

FAIRFAX, Va. (AP) — The school board in Virginia's largest county has approved a return-to-school plan that phases in limited in-person learning in all grades over the next six...

SAN FRANCISCO (AP) — An effort to reopen California schools is foundering, stoking frustrations across America’s most populous state from parents eager to get their children back in classrooms and...

Many Connecticut school districts preparing for in-person classes are unable to comply with social distancing recommendations and unwilling to allow teachers with compromised immune systems to...

ALBUQUERQUE, N.M. (AP) — Policies that guide pension investments for New Mexico teachers and other educational retirees would have to change if the Educational Retirement Board wants to divest in...

One of the nation's largest teachers unions is authorizing its members to strike if their schools plan to reopen without proper safety measures in the middle of the global pandemic.

BOSTON (AP) — The number of people hospitalized with COVID-19 continued to fall to about a quarter of those hospitalized in April, state health officials reported Thursday.

Joe Biden has secured endorsements from both of the nation's major teacher unions after the American Federation of Teachers on Sunday voted to back his presidential campaign.

COLUMBUS, Ohio (AP) — An Ohio teachers union working with a nonprofit school supplier will donate more than $50,000 for books and supplies for classrooms across the state.

INDIANAPOLIS (AP) — Republicans who control the Indiana Statehouse aren’t showing any signs that a rally by several thousand teachers on its doorsteps two weeks ago has swayed them to boost...

INDIANAPOLIS (AP) — Several thousand teachers wearing red surrounded the Indiana Statehouse on Tuesday to call for better pay and more respect from the Republican-dominated state government in a...

GATINEAU, Quebec (AP) — A union federation representing 45,000 teachers in Quebec is suing the Canadian province over its ban on the wearing of religious symbols by many public...

INDIANAPOLIS (AP) — Indiana Gov. Eric Holcomb isn’t expected to be around the Statehouse when thousands of teachers will be attending a rally there calling for better pay.

INDIANAPOLIS (AP) — Indiana Gov. Eric Holcomb isn’t promising any quick action in response to educators who want more teacher pay, but says he shares their concerns and respects the decisions of...

INDIANAPOLIS (AP) — Tens of thousands of Indiana students are having a school day called off as their teachers make plans to attend a union-organized Statehouse rally that could signal an increase...

INDIANAPOLIS (AP) — The former president of the Indianapolis Education Association has entered into a plea agreement with federal prosecutors admitting to embezzling more than $100,000 from the...

SEATTLE (AP) — The shadow of the past year's teacher protest movement is hanging over state capitals, where officials are piecing together the money to make good on promised pay raises and try to...

ALBANY, N.Y. (AP) — Spending on elementary and secondary education will be the focus of the next legislative budget hearing in Albany.

Members of the Senate and Assembly are scheduled to gather Wednesday for the hearing, which will feature remarks from state education officials as well as from teacher unions and education advocacy organizations. Superintendents from Buffalo, Rochester, Syracuse, Yonkers and Utica are also expected to submit testimony. 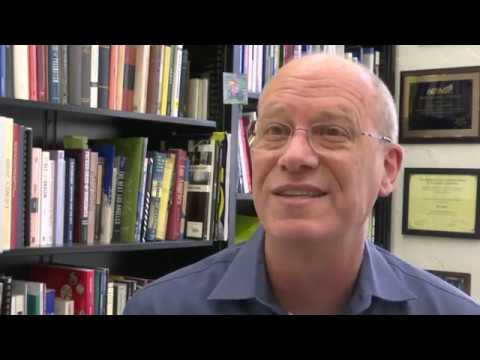 TALLAHASSEE, Fla. (AP) — Florida is turning to a longtime Republican politician who has openly clashed with the state's teacher union to be the state's next education commissioner.

The State Board of Education, in a unanimous vote Monday, chose former House Speaker Richard Corcoran to take over the job in February. Corcoran, an attorney, just concluded a two-year term as House speaker and has ties to both former Gov. Jeb Bush and U.S. Sen. Marco Rubio.

BATON ROUGE, La. (AP) — As he heads into a re-election campaign year, Gov. John Bel Edwards said Wednesday that a teacher pay raise will be his "number one priority" in next year's legislative session.

The Democratic governor, elected with the support of teacher unions, said he'll seek a $1,000 across-the-board pay raise for teachers in the 2019 session that begins in April. He said he'll also push for a $500 raise for school support employees, such as cafeteria workers and classroom aides.

TACOMA, Wash. (AP) — Two school districts in Washington state have escalated their fight with teacher unions by calling for the intervention of a state arbitrator in contract talks.

District leaders in Tacoma and Battle Ground are seeking the intervention through the rarely used Public Employment Relations Commission, though any pay recommendations that might result would not be binding.

LONGVIEW, Wash. (AP) — Judges in Washington state ruled against teacher unions for striking, though no penalties were imposed.

School district leaders in Tumwater in Thurston County and Longview in Cowlitz County both filed injunctions after their respective teacher unions went on strike over pay raises.

SPRINGFIELD, Ill. (AP) — The Illinois House has sent the governor a measure raising public school teacher salaries to a minimum of $40,000 a year.

OKLAHOMA CITY (AP) — Some educators are at odds over two Oklahoma Education Association leaders' actions during the statewide teacher walkout and have conflicting statements regarding the impeachment effort against those executives.

OKLAHOMA CITY (AP) — The Latest on teachers rallying for higher pay and more education funding in several Republican-led states across the U.S. (all times local):

A leader of Oklahoma's largest teacher union says he doesn't think two revenue bills pending in the Senate are enough to prevent a teacher walkout from stretching into next week.

As teachers in West Virginia noisily celebrated a 5 percent raise that ended their nine-day walkout, momentum was building elsewhere for similar protests over pay and benefits for the nation's public school teachers.