BOSTON (AP) — The John F. Kennedy Presidential Library in Boston is celebrating the 50th anniversary of the first moon landing with a new app that helps users relive the 1969 launch of the Apollo...

Startup is developing tools to treat astronauts in space

RICHMOND, Va. (AP) — Space flight has been a lifelong passion for Dr. C. Marsh Cuttino. As a child growing up in Richmond, he had ambitions of becoming an astronaut.

Apollo 11 exhibition to land in Cincinnati in September

CINCINNATI (AP) — The last of five stops for a special exhibition for the 50th anniversary of the first moon landing will be in Cincinnati.

WASHINGTON (AP) — The street outside of NASA's headquarters has been renamed "Hidden Figures Way" to honor the African American women who served as "human computers" in the effort to send humans...

NEW DELHI (AP) — India says it will launch a second moon mission next month aimed at landing a rover near the southern pole, which hasn't been explored so far.

WARREN, Mich. (AP) — Houston, NASA is ready for liftoff — well, almost, thanks to a Warren-based design and build business.

HUTCHINSON, Kan. (AP) — Mission control consoles used by NASA to guide trips to the moon are being restored by experts in Kansas and will soon be returned to the control room in Houston, Texas,...

Democratic presidential candidate Jay Inslee is pitching a $9 trillion-plus climate action plan that he touts as an economic renaissance and scientific necessity, putting the Washington governor...

Trump faces backlash over plan to dip into Pell reserves

Education advocates say a Trump administration plan to use federal Pell Grant money to fund space exploration would jeopardize aid for future college students and could trigger a budgeting crisis...

CAPE CANAVERAL, Fla. (AP) — NASA's chief said Tuesday that the Trump administration's proposed $1.6 billion budget boost is a "good start" for getting astronauts back on the moon within five...

WASHINGTON (AP) — The Trump administration wants to shift money for Pell Grants for college education to fund new spending, including a $1.6 billion bump for NASA to return American astronauts to...

CINCINNATI (AP) — A new permanent exhibit focusing on space exploration and the Ohio native who was the first person to walk on the moon has opened at a Cincinnati museum.

DALLAS (AP) — Pieces from the Wright brothers' 1903 Flyer that Neil Armstrong took with him to the moon have sold for about $890,000 at an auction of memorabilia that belonged to the...

JERUSALEM (AP) — The Israeli start-up behind last week's failed lunar landing said Thursday that it is still investigating a malfunction that caused the spacecraft to plummet to the moon's...

JERUSALEM (AP) — The Israeli start-up behind last week's failed lunar landing has vowed to create a second mission to steer a privately funded spacecraft onto the moon.

JERUSALEM (AP) — The team behind the Israeli spacecraft that crashed into the moon moments before touchdown was working Friday to try and piece together what derailed the ambitious mission, which...

Israeli spacecraft crashes in attempt to land on moon

YEHUD, Israel (AP) — An Israeli spacecraft crashed into the moon just moments before touchdown, failing in an ambitious attempt to make history Thursday as the first privately funded lunar...

YEHUD, Israel (AP) — The Latest on Israel's attempt to land spacecraft on the moon (all times local):

One of the commanders of the failed Israeli space mission to the moon says...

YEHUD, Israel (AP) — The first privately funded spacecraft to journey to the moon passed its most crucial test yet on Thursday when it dropped into lunar orbit one week ahead of...

CAPE CANAVERAL, Fla. (AP) — An Israeli team aiming to land a spacecraft on the moon in two weeks can now expect more than glory if it works. How about a cool $1 million?

MOSCOW (AP) — Russia's space agency says pioneering Soviet-era cosmonaut Valery Bykovsky, who made the first of his three flights to space in 1963, has died at age 84.

Pence calls for landing US astronauts on moon in 5 years

CAPE CANAVERAL, Fla. (AP) — Vice President Mike Pence on Tuesday called for landing astronauts on the moon within five years, an accelerated pace that would aim to put Americans on the lunar south...

University of New Mexico to partner in moon rock studies

ALBUQUERQUE, N.M. (AP) — Researchers at New Mexico's flagship university are among nine teams selected by NASA to study pieces of the moon that have been carefully stored and have remained...

WEST LAFAYETTE, Ind. (AP) — An exhibit of astronaut Neil Armstrong's personal papers is opening at Purdue University ahead of the 50th anniversary of his famed walk on the moon.

Legal fight between moonwalker Buzz Aldrin and kids is over

ORLANDO, Fla. (AP) — A legal fight between Buzz Aldrin and his adult children over whether the former astronaut was competent to manage his affairs ended Wednesday, averting a messy, intrafamily...

HUNTSVILLE, Ala. (AP) — Residents from across the nation are donating money to help refurbish a giant rocket in Huntsville.

The rocket is the only standing replica of the Saturn V rocket...

JERUSALEM (AP) — An Israeli spacecraft that blasted off last week for the country's first attempted lunar landing has encountered a technical glitch on its voyage to the moon.

CHAMBERSBURG, Pa. (AP) — When 94-year-old Margaret Gsell looks at the moon, she remembers the most interesting period of her life.

Gsell worked as an illustrator at NASA in the late 1960s,...

Israel aims for the moon with Genesis lunar lander 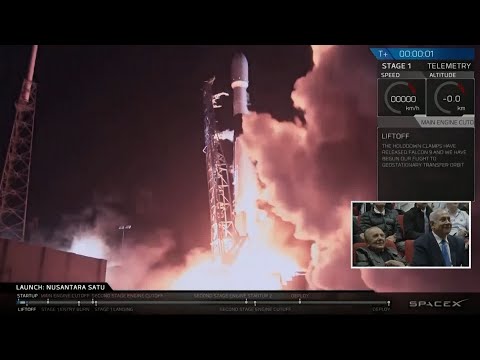 First private Israel lunar mission to be launched this week

RAMAT GAN, Israel (AP) — A nonprofit Israeli consortium said Monday that it hopes to make history this week by launching the first private aircraft to land on the moon.

SpaceIL and state-owned Israel Aerospace Industries told a news conference that the landing craft — dubbed "Beresheet," or Genesis — will take off from Florida, propelled by a SpaceX Falcon rocket on its weekslong voyage to the moon.

BOSTON (AP) — The John F. Kennedy Presidential Library and Museum in Boston has received a $1.5 million gift from Raytheon to help commemorate the 50th anniversary of the Apollo 11 moon landing.

Kennedy famously challenged the nation in 1961 to land a man on the moon by the end of that decade. Astronauts Neil Armstrong and Buzz Aldrin took the first steps on the lunar surface on July 20, 1969.

PARIS (AP) — The ArianeGroup wants to send a scientific mission to the moon before 2025.

Nearly 50 years after Neil Armstrong walked on the Earth's satellite, the Paris-based company said on Monday it has signed a one-year contract with the European Space agency to study the possibility of preparing a mission, with the aim of mining regolith.

China says it exchanged data with NASA on far side landing

BEIJING (AP) — China exchanged data with NASA on its recent mission to land a Chinese spacecraft on the far side of the moon, the Chinese space agency said Monday, in what was reportedly the first such collaboration since an American law banned joint space projects with China that do not have prior congressional approval.

BEIJING (AP) — China on Friday broadcast pictures taken by its rover and lander on the moon's far side, in what its space program hailed as another triumph for the groundbreaking mission to the less-understood sector of the lunar surface.

The pictures on state broadcaster CCTV showed the Jade Rabbit 2 rover and the Chang'e 4 spacecraft that transported it on the first-ever soft landing on the far side of the moon, which always faces away from Earth.

AP Photos: Editor selections from the past week in Asia

In other images from the Asia-Pacific region this week, Filipino Roman Catholics jostle for a chance to kiss and rub with towels the image of the Black Nazarene as it is being pulled through the streets of Manila in an annual procession.

BEIJING (AP) — All systems are go as a Chinese spacecraft and rover power up their observation equipment after making a first-ever landing on the far side of the moon, the Chinese National Space Administration said.

The Jade Rabbit 2 rover has succeeded in establishing a digital transmission link with a relay satellite that sends data back to the Beijing control center, the space agency said in a posting late Friday on its website.

BEIJING (AP) — A Chinese space rover explored the lunar terrain on Friday in the world's first mission on the surface of the far side of the moon.

Jade Rabbit 2 drove off a ramp the previous night and onto the soft, powdery surface after a Chinese spacecraft made the first-ever soft landing on the moon's far side. A photo posted online by China's space agency showed tracks left by the rover as it headed away from the spacecraft.

China’s space journey, to the moon’s far side and beyond

BEIJING (AP) — China has come a long way since the founding of its space program in 1956.

Shortly after the former Soviet Union launched Sputnik, Chairman Mao Zedong declared that China too should have an artificial satellite to keep up with the great powers. Now, being recognized as a galactic pioneer is once again part of China's national ambitions.

"The space dream is part of the dream to make China stronger," President Xi Jinping said shortly after taking office in 2013.

WASHINGTON (AP) — Despite the name of Pink Floyd's best-selling album, the side of the moon you can't see isn't always dark. But it is far.

"The other side sees the sun sometimes. The other side is not dark, it's just far," said Harvard astronomer Avi Loeb. "It's a mistake."

BEIJING (AP) — China's burgeoning space program achieved a lunar milestone on Thursday: landing a probe on the mysterious and misnamed "dark" side of the moon.

Exploring the cosmos from that far side of the moon, which people can't see from Earth, could eventually help scientists learn more about the early days of the solar system and maybe even the birth of the universe's first stars. 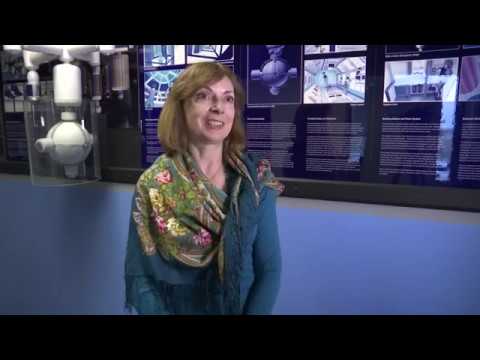 AP Explains: The ‘dark’ side of the moon 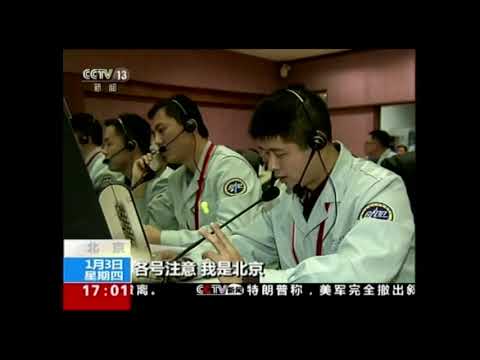 By The Associated PressJanuary 3, 2019 GMT

No one budges at the president's closed-door meeting with congressional leaders, so the partial government shutdown persists over his demand for billions of dollars to build a wall along the U.S. border with Mexico.