LOS ANGELES (AP) — LaShawn Daniels, a Grammy Award-winning songwriter who penned songs for Beyoncé, Whitney Houston and Lady Gaga has died. He was 41.

Toni Braxton is in the holiday spirit with Lifetime movie

NEW YORK (AP) — Toni Braxton has been nominated for Grammys again for her latest album, but these days the singer is also focusing on acting — and flexing her producing muscles.

"I find that I really love everything about film and film-making," the multiplatinum-singer said in a recent interview. "I just really love movies, whether TV or anything that's dealing with film." 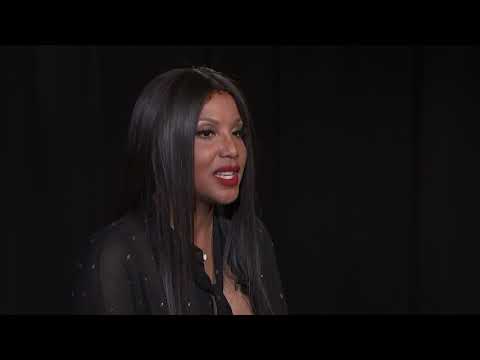 LOS ANGELES (AP) — Beyonce is in a 1990's mood as she salutes singer Toni Braxton for Halloween.

NEW YORK (AP) — R&B singer Tamar Braxton has filed to divorce her husband Vincent Herbert, who is also her manager.

Braxton filed for divorce this week in Los Angeles, citing irreconcilable differences. They were married in 2008 and the documents say they separated this month.

They are parents of 4-year-old Logan Herbert. Braxton is seeking joint custody of their son but wants Logan to live with her.

NEW YORK (AP) — Solange is the most nominated artist for this year's edition of BET's Soul Train Awards.

The younger sister of Beyonce has seven nominations, including best R&B/soul female artist and video and song of the year for her single "Cranes in the Sky."

After 6 years, L.A. Reid out as chairman of Epic Records

After spending six years at Sony's Epic Records, L.A. Reid is no longer leading the label.

CLEVELAND (AP) — Toni Braxton says she has been released from a Cleveland hospital after being admitted for complications with her battle against lupus for the second time in a month.

The hospitalization forced her scheduled Saturday show in Cleveland to be cancelled. In announcing the hospitalization, a message on the singer's Twitter account said, "Lupus needs to be constantly monitored and this minor setback should not affect the rest of her tour."

A spokeswoman says singer Toni Braxton is at home after spending several days in a Los Angeles hospital being treated for lupus.

Braxton spokeswoman Maureen O'Connor said Monday that Braxton "is resting at home and is fine." The R&B singer revealed in 2010 that she had been diagnosed with the autoimmune disease.

O'Connor said Braxton was not in serious condition but added that the disease must be monitored at all times.

Singer Toni Braxton to be honored at Hip-Hop Awards

ATLANTA (AP) — Grammy-winning singer Toni Braxton will be honored at the BMI R&B/Hip-Hop Awards in Atlanta.

Braxton will receive the BMI President's Award on Thursday for her musical achievements. The private event salutes songwriters, producers and publishers of the past year's top songs in the genres.