PERTH, Australia (AP) — A judge on Wednesday ordered a long prison term for a man who killed two women and sexually assaulted two others in Australia's western city of Perth more than 20 years ago...

Australia’s A-League banking on open borders for next season

SYDNEY (AP) — Australia’s A-League is set to kick off next month with organizers predicting domestic borders will be open and the only club that needs to be relocated because of COVID-19...

SYDNEY (AP) — A man died Sunday after being attacked by a shark in Western Australia state, the eighth fatality in the country this year.

ADELAIDE, Australia (AP) — Australia’s cricket series against India has been cast into uncertainty again after a coronavirus outbreak in Adelaide, where the first test is scheduled to be played...

Pucovski in Australia’s squad for test series against India

By The Associated PressNovember 6, 2020 GMT

Allrounder Green to play ODIs, T20s for Australia vs India

MELBOURNE, Australia (AP) — Highly-touted allrounder Cameron Green has been selected in Australia’s one-day international and Twenty20 squads for an upcoming series against India.

PERTH, Australia (AP) — A worker died and two others were injured Tuesday in an accident at a construction site at a university in western Australia, police said.

The Latest: COVID-19 outbreak on ship off Australia’s coast

By The Associated PressSeptember 29, 2020 GMT

PERTH, Australia — Authorities are concerned by a COVID-19 outbreak aboard a cargo ship off Australia's northwest coast that has infected most of the crew.

Rio Tinto CEO to leave over destruction of Indigenous sites

MELBOURNE, Australia (AP) — Aaron Finch’s cricket squad will be the first national team to leave Australia during the COVID-19 pandemic when they travel to England ahead of a compressed stretch of...

PERTH, Australia (AP) — Two women have been injured by a humpback whale while swimming with the giant mammals off the northwest Australian coast, media reported on Tuesday.

Everyone is sad in the Australian indie “ Dirt Music,” a sprawling story about a small fishing town, an affair and the dark secrets that tie everyone together. But at least the Western Australia...

SYDNEY (AP) — The New South Wales Waratahs kept the Western Force scoreless in the second half for a 23-14 win over the Western Australia-based team in Super Rugby Australia.

MELBOURNE, Australia (AP) — The heartland of Australian rules football will soon become a wasteland of the sport thanks to a spike in COVID-19 infections in the state of Victoria.

SYDNEY (AP) — Protests went ahead in support of the Black Lives Matter movement in far-flung parts of Australia on Saturday against the advice of government and health authorities but on a...

CANBERRA, Australia (AP) — A coronavirus cluster was detected Tuesday on a freight ship berthed in the Australian west coast port of Fremantle, raising questions about why local authorities...

PERTH, Australia (AP) — Tens of thousands of homes and businesses lost power, buildings were battered and trees were uprooted as a vast stretch of the west Australian coast was whipped by a severe...

SYDNEY (AP) — About 50,000 homes and businesses were without power across Western Australia state on Sunday as a severe storm hit the the coast and brought wind gusts of more than 100 kilometers...

MELBOURNE, Australia (AP) — Aussie rules football will kick off again on June 11, with the second round of the Australian Football League to be played almost three months after the competition was...

PERTH, Australia (AP) — Australian police fatally shot a man who stabbed and slashed seven people at and near a shopping mall on Friday, officials said.

SYDNEY (AP) — Australian authorities pressed ahead Saturday with plans to fly 800 cruise ship passengers to Germany this weekend after a downward revision in the number of people on board who...

The Latest on the coronavirus pandemic. The new coronavirus causes mild or moderate symptoms for most people, but for some, especially older adults and people with existing health problems, it can...

SYDNEY (AP) — The last two games of Australia's National Basketball League grand final series have been canceled, with a championship winner yet to be confirmed.

PERTH (AP) — A man was killed by a shark Sunday while diving near Esperance off the coast of Western Australia state.

The attack happened as the man was diving from a boat at Cull Island off...

Match abandoned at MCG due to dangerous pitch

BRISBANE, Australia (AP) — Left-hander Shaun Marsh scored an unbeaten 101 to pace Western Australia to a four-wicket win over Queensland in the Australian one-day cricket final on...

Global Rapid Rugby set to kick off next March

PERTH, Australia (AP) — Global Rapid Rugby will kick off next March with a 10-round competition featuring teams from Fiji, Samoa, Malaysia, Hong Kong and Australia and will conclude with a $1...

CANBERRA, Australia (AP) — A trainee pilot in Australia who was having his first lesson behind the controls of an aircraft had to make an emergency landing after his instructor fell...

Man United manager says Pogba future not concerning for him

PERTH, Australia (AP) — Manchester United manager Ole Gunnar Solskjaer has deflected questions over the future of France midfielder Paul Pogba, saying that Pogba has "never been a concern" for him...

ADELAIDE, Australia (AP) — Winger Ben Halloran scored with 90 seconds remaining in extra time to give Adelaide United a 1-0 win Sunday over Melbourne City in the first round of the A-League...

WORCESTER, England (AP) — An Australian cricket player has been found guilty in England of raping a sleeping woman.

Alex Hepburn slumped into his seat, covered his face with his hands and...

SYDNEY (AP) — A British man wanted on drug charges has been thwarted in a daring bid to flee Australia for Papua New Guinea on a motorized personal watercraft.

PERTH, Australia (AP) — Bruce Yardley, who played test cricket for Australia and coached Sri Lanka's national team, has died after a long struggle with cancer. He was 71.

The Bureau of Meteorology said Cyclone Veronica had weakened from a Category 3...

Another cyclone bears down on northwest Australian coast

SYDNEY (AP) — Residents of Australia's northwest coast were bracing for a torrid night of fierce winds and heavy rain on Sunday as the country's second major cyclone of the weekend slowly wound... 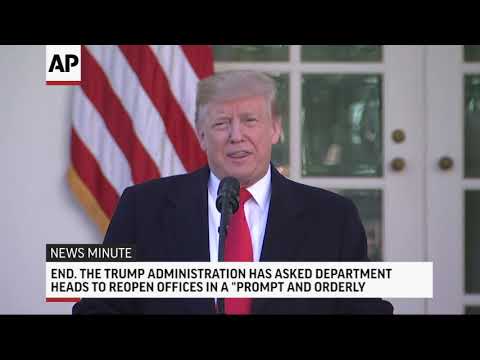 SYDNEY (AP) — A first-half goal by Chris Ikonomidis was all the Perth Glory needed to remain in first place in Australia's A-League.

The Glory reclaimed the competition lead hours after losing it to the Melbourne Victory by beating Melbourne's other team, City, 1-0, in the Western Australian capital.

SYDNEY (AP) — A first-half goal by Chris Ikonomidis was all the Perth Glory needed to remain in first place in Australia's A-League.

The Glory reclaimed the competition lead hours after losing it to the Melbourne Victory by beating Melbourne's other team, City, 1-0, in the Western Australian capital.

MARATHON, Fla. (AP) — A year-long study conducted in the Florida Keys shows that bottlenose dolphins work together to perform and complete tasks.

PERTH, Australia (AP) — Rugby Australia is moving one of the Bledisloe Cup tests west to Perth next year, hoping that a change from the traditional venues will bring about a change in the Wallabies' fortunes against a dominant New Zealand in the annual series.

The All Blacks have held the Bledisloe Cup since 2003 and clinched this year's series with wins in the first two matches in Sydney and Auckland. A third match is to be played on neutral ground in Yokohama, Japan, on Oct. 27.

Short made the most of Hurstville Oval's tiny boundaries to score the new domestic mark off 148 balls, including 23 sixes, also a one-day cup record.

The 28-year-old Short eclipsed the 229 not out by Tasmanian opener Ben Dunk four years ago at North Sydney Oval.

PERTH, Australia (AP) — A 74-year-old man with terminal cancer said on Thursday he could die happy after reaching a 1 million Australian dollar ($727,000) landmark settlement against a Catholic religious order for sexual abuse he suffered in Australia more than 50 years ago.

PERTH, Australia (AP) — An alleged serial killer on Wednesday pleaded not guilty to slaying three women who vanished from an Australian city nightclub strip more than 20 years ago and to sexually assaulting another two teenagers up to 30 years ago.

Bradley Robert Edwards, 49, has been in custody since he was arrested at his Perth home in December 2016 after what police described as the biggest and most complex investigation in Western Australia state history.

CANBERRA, Australia (AP) — An Australian state police chief on Thursday made an historic apology to indigenous people who are overrepresented in prisons and vowed to improve race relations.

CANBERRA, Australia (AP) — A 61-year-old farmer is suspected of carrying out Australia's worst mass shooting in 22 years, killing six family members, including four of his grandchildren, before turning the gun on himself last week, an official said Monday.

Police found Peter Miles, his 58-year-old wife, their 35-year-old daughter and her four children with fatal gunshot wounds on Friday where they lived at Forever Dreaming Farm in the village of Osmington in Western Australia state.