NASHVILLE, Tenn. (AP) — Charley Pride wasn’t country music’s first Black artist, but he reached heights that had not been available to early Black singers and musicians in the genre. And he did it...

NASHVILLE, Tenn. (AP) — Country singer Jimmie Allen continues to rise on the charts, but he can’t think about his own success without giving praise to one of the stars who paved the way for him:...

NASHVILLE, Tenn. (AP) — Outlaw country singer songwriter Billy Joe Shaver, who wrote songs like “Honky Tonk Heroes,” “I Been to Georgia on a Fast Train” and “Old Five and Dimers Like Me,” has died...

ATLANTA (AP) — A Nashville band with Georgia roots is documenting the hidden history of music in Nashville, with a book out this month that was inspired by their songs.

NASHVILLE, Tenn. (AP) — William “Bill” Pursell, a Grammy-nominated composer who worked as a Nashville studio musician with artists like Willie Nelson and Bob Dylan, has died. He was 94....

A sideman is the frontman on “Matt Rollings Mosaic.”

Rollings earned the shot at center stage with his stellar career as a...

SPICEWOOD, Texas (AP) — Willie Nelson’s annual Fourth of July Picnic is going ahead this year, but to reduce concerns about the coronavirus the event will be virtual.

Here’s a collection curated by The Associated Press’ entertainment journalists of what’s arriving on TV, streaming services and music platforms this week.

Lukas Nelson & Promise of the Real offer 10 outtakes and five alternative versions of songs that appeared on last year's...

NASHVILLE, Tenn. (AP) — A publicist for Willie Nelson says Paul English, Nelson's longtime drummer and the inspiration for Nelson's song “Me and Paul,” has died. He was 87.

Chances are he had never before encountered a 15-foot-tall hay...

SAN ANTONIO (AP) — Willie Nelson may have given up smoking, but he hasn't stopped using marijuana.

Stapleton plans a concert on April 25 at the University of...

COLUMBUS, Ohio (AP) — As Toby Keith and Willie Nelson's "Beer for My Horses" blared from loudspeakers, 13 horses — six of them from the Columbus police mounted unit — lined up in a parking lot...

NASHVILLE, Tenn. (AP) — Ever since Willie Nelson left Nashville in the early 1970s to return to Texas, there's been a large chasm between the "red dirt" country artists working primarily in Texas...

Review: Lukas Nelson wants listeners to turn off the news

Lukas Nelson & Promise of the Real, "Turn Off the News (Build A Garden)" (Fantasy Records)

Lukas Nelson & Promise of the Real have a piece of advice for their listeners: Turn off the...

J.J. Cale, "Stay Around" (Because Music)

J.J. Cale's "Stay Around" is a posthumous collection of 15 previously unreleased tracks that is as authentic as any of the original and compilation...

WASHINGTON (AP) — From Ben Affleck and Susan Sarandon to Anna Wintour and Willie Nelson, celebrities lined up to give money — and a dash of star power — to their favorite Democratic presidential...

Principal who went into coma after bone marrow donation dies

WESTFIELD, N.J. (AP) — A New Jersey high school principal who had agreed to donate bone marrow to a 14-year-old stranger in France has died, weeks after he lapsed into a coma during the procedure,...

Guy Clark was one of Steve Earle's main mentors— Townes Van Zandt, the other — and Earle has honored the brilliant songwriter, who died in 2016,...

NASHVILLE, Tenn. (AP) — Nashville producer Fred Foster, who produced some of Roy Orbison's most popular records and was the first to produce records from Kris Kristofferson and Dolly Parton, has...

Ronnie Milsap returned to his iconic studio for duets album

NASHVILLE, Tenn. (AP) — Country soul icon Ronnie Milsap is a bit of a studio geek, and he thinks a lot about music technology and recording equipment. So it makes sense that he spent a long time getting 13 other singers and bands into the studio to record duets with him for a new album, "Ronnie Milsap: The Duets," to be released Friday, just two days after his 76th birthday. 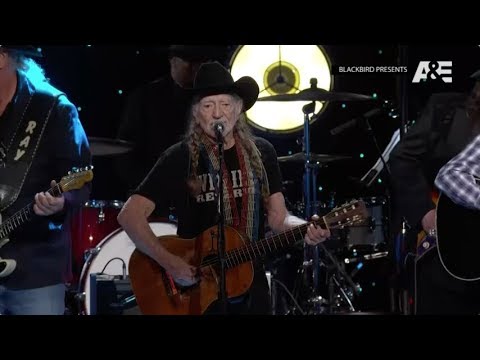 LOS ANGELES (AP) — The late Aretha Franklin's songs were so impactful that some of music's bests from Alicia Keys to Celine Dion took the stage Sunday to relive the Queen of Soul's biggest hits in a taped tribute concert.

NASHVILLE, Tenn. (AP) — Country icon Willie Nelson has sung with just about everyone, from Snoop Dogg to Frank Sinatra, but one surprising omission was fellow Texas troubadour George Strait.

The two country singers sang their first ever duet together on Saturday night in Nashville, Tennessee, during a tribute show honoring the 85-year-old outlaw country singer with a performance of a song written just for the occasion.

The academy announced Tuesday that Nelson's career and achievements will be celebrated on Feb. 6, 2019, at The Village Studios in Los Angeles.

Neil Portnow, the academy's president and CEO, says in a statement that "Willie Nelson has inspired generations of musicians and fans, and continues to set precedents of excellence within the music community."

AUSTIN, Texas (AP) — With Mike Pence and Donald Trump Jr. already visiting the state and the president himself working thousands of supporters into a frenzy at a Houston rally Monday night, Ted Cruz is convening a veritable parade of Republican powerbrokers in the final weeks of the Texas Senate campaign to ensure Democrat Beto O'Rourke doesn't upset him.

Texas Democratic Senate candidate Beto O'Rouke is rallying with Willie Nelson, telling thousands of supporters, "The people of the future, our kids and our grandkids, are depending on what we do at this moment."

The annual event, which raises money and awareness for family farms, takes place Saturday at the Xfinity Theater, the first time in its 33-year history it has been held in Connecticut.

LOS ANGELES (AP) — Ethan Hawke had long been enchanted by the songs of mysterious singer-songwriter Blaze Foley. Foley wrote songs like 'If I Could Only Fly," that Willie Nelson covered and would go on to become a Merle Haggard hit, and "Clay Pigeons," which John Prine covered. Townes Van Zandt and Lucinda Williams wrote songs about him after his death at age 39 — he was shot in 1989. And yet his is a name that few outside of the Austin music scene would know. 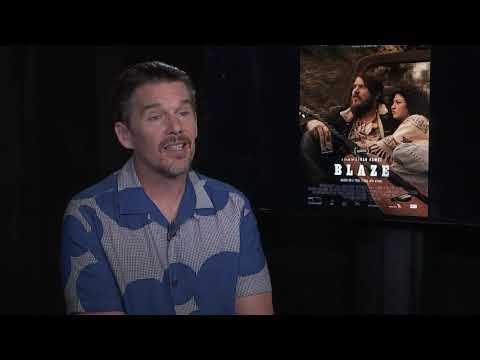 Willie Nelson is country music personified, but he's no red-headed stranger to the Great American Songbook, either. On "My Way," the prolific Texan swings and croons through 11 songs associated with Frank Sinatra, with whom he formed an unlikely and undeniable mutual admiration society.