Review: Dylan Farrow tries her hand at YA fantasy fiction

Dylan Farrow is best known for accusing her adoptive father, Woody Allen, of molesting her when she was 7 in her mother Mia Farrow’s Connecticut...

Woody Allen’s ‘A Rainy Day in New York’ to get U.S. release

NEW YORK (AP) — After being shelved for two years, Woody Allen's “A Rainy Day in New York" will finally land in U.S. theaters next month.

Excerpts from Woody Allen memoir ‘Apropos of Nothing’

NEW YORK (AP) — Excerpts from Woody Allen's new memoir, “Apropos of Nothing,” which was released Monday after a delay because the original publisher backed out of releasing the...

NEW YORK (AP) — Woody Allen’s publisher has decided to cancel the planned release of his memoir “Apropos of Nothing.”

The announcement Friday by Hachette Book Group followed days of...

By The Associated PressMarch 4, 2020 GMT

NEW YORK (AP) — An upcoming memoir by Woody Allen is being blasted by two of his children, daughter Dylan Farrow and author-journalist Ronan Farrow.

NEW YORK (AP) — A memoir by Woody Allen, rumored for years and once thought unpublishable in the #MeToo era, is coming out next month.

The filmmaker had sued Amazon in February after the online giant ended his 2017 contract without ever releasing a...

Scarlett Johansson stands by Woody Allen: ‘I believe him’

By The Associated PressSeptember 4, 2019 GMT

Much of Hollywood has distanced itself from the filmmaker since the MeToo movement prompted a...

MILAN (AP) — Woody Allen said Tuesday as he prepared for his directing debut at Milan's La Scala opera house that he has "always had a warm and affectionate following in Europe."

NEW YORK (AP) — Woody Allen breached his four-movie deal with the online giant by making statements about the #MeToo movement that damaged prospects for promoting his films, an Amazon lawyer said...

‘The Sopranos’ creators look back at a TV show that slayed

NEW YORK (AP) — Filmmaker Woody Allen is suing Amazon for at least $68 million, saying that the company ended a four-picture movie deal last year after old accusations against him resurfaced in the press.

The lawsuit, filed Thursday, says that Amazon knew about a "25-year-old" allegation before signing with Allen in 2017, but still used it as an excuse to back out of the deal.

"There simply was no legitimate ground for Amazon to renege on its promises," the lawsuit says.

Today in History for December 1st 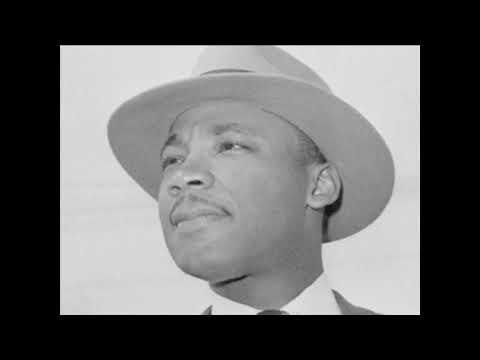 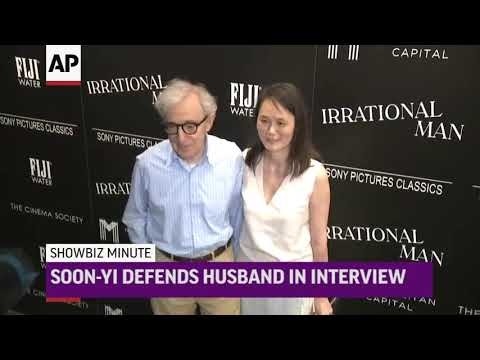 NEW YORK (AP) — Soon-Yi Previn, the wife of Woody Allen and the estranged adopted daughter of Mia Farrow, defended her husband against what she contends is unfair treatment in the #MeToo era and attacked her adoptive mother in her first public comments about the relationships in decades. 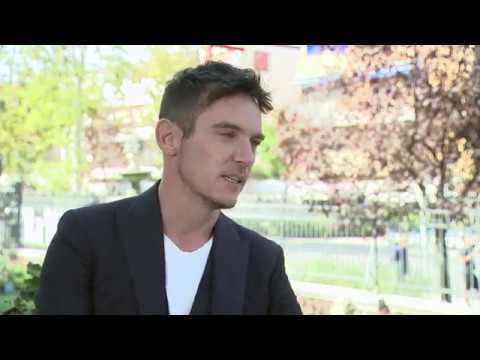 The story is set in a fantasy world where those in control of society use magic to change the truth.

Woody Allen: I should be the poster face for #MeToo movement

BUENOS AIRES, Argentina (AP) — Woody Allen says he should be the face of the #MeToo movement in terms of what to do right.

In an interview that was broadcast Sunday night, Allen said he's a "big advocate" of #MeToo, and once again denied allegations that he molested Dylan Farrow, his adopted daughter.

MILAN (AP) — The storied La Scala opera house announced Wednesday that it will open the 2018-19 season with a new production of Verdi's "Attila," continuing the tradition of Italian opera, while introducing some novelty, including Woody Allen directing Puccini's "Gianni Schicchi."

General manager Alexander Pereira said he himself will appear in Richard Strauss' "Ariadne auf Naxos," in a speaking role that he has reprised elsewhere and that he quipped would be non-paying at La Scala.

Cops identify 2 who killed each other at family gathering

EASTOVER, S.C. (AP) — Authorities have identified two South Carolina who died after blasting away at each other at a family gathering.

Richland County Coroner Gary Watts says 49-year-old Woody Allen Goodwin of West Columbia and 47-year-old Horace Holmes of Eastover died from gunshot wounds to the chest. Deputies say the men got into an argument Saturday evening and shot each other.

Susan Anspach, who starred in ‘Five Easy Pieces,’ dead at 75

NEW YORK (AP) — Susan Anspach, a screen and stage actress best known for playing non-conformists in "Five Easy Pieces," ''Blume in Love" and other films, has died at age 75.

Anspach died April 2 at her home in Los Angeles. Her son Caleb Goddard said the cause was heart failure.

Baldwin on Sunday compared Farrow to the "To Kill a Mockingbird" novel character Mayella Ewell, who falsely accuses a man of rape.

Earlier this month, Baldwin said Farrow's renunciation of Allen and his work is "unfair and sad."

EAST HADDAM, Conn. (AP) — A Connecticut theater has canceled a musical based on a Woody Allen film, citing sexual misconduct allegations against him and the current dialogue about sexual harassment and misconduct.

Goodspeed Musicals Executive Director Michael Gennaro announced Thursday that the East Haddam-based group is dumping performances of "Bullets Over Broadway" that were scheduled to begin in September.

NEW YORK (AP) — In her first televised interview, Dylan Farrow described in detail Woody Allen's alleged sexual assault of her, and called actors who work in his films "complicit" in perpetuating a "culture of silence."

NEW YORK (AP) — A growing number of actors are distancing themselves from Woody Allen and his next film, heightening questions about the future of the prolific 82-year-old filmmaker in a Hollywood newly sensitive to allegations of sexual misconduct.

The Latest: Dylan Farrow speaks out

NEW YORK (AP) — The Latest on a growing number of actors who are distancing themselves from Woody Allen in a Hollywood newly sensitive to allegations of sexual misconduct (all times local):

Woody Allen's adoptive daughter says she hopes people will believe her when she talks about her longstanding abuse allegations against the 82-year-old filmmaker.

Dylan Farrow's remarks were aired Wednesday as a prelude to what "CBS This Morning" calls her first on-camera discussion of the issue.

A growing number of actors are renouncing Woody Allen

NEW YORK (AP) — A growing number of actors are distancing themselves from Woody Allen and his next film, heightening questions about the future of the prolific 82-year-old filmmaker in a Hollywood newly sensitive to allegations of sexual misconduct.

Hall says on Instagram she was hired for Allen's "A Rainy Day in New York" but is "profoundly sorry" and "regrets" her decision to work with the filmmaker. She said Friday she reconsidered the job after reviewing molestation accusations by Allen's daughter Dylan Farrow.

Actress Sorvino doesn’t want Me Too movement to lose focus

PASADENA, Calif. (AP) — Actress Mira Sorvino said that she hopes the Me Too movement keeps its focus on sexual misconduct and doesn't turn into a general women's rights movement.

Sorvino met with television critics Thursday about her participation in an AT&T Audience Network drama, "Condor," but talk quickly turned to sexual misconduct involving Hollywood figures. Sorvino is one of mogul Harvey Weinstein's accusers, having alleged her career suffered for spurning his 1995 advances.

Today in History for December 1st

Liz Smith, the syndicated gossip columnist whose mixture of banter, barbs, and bon mots about the glitterati helped her climb the A-list as high as many of the celebrities she covered, died Sunday at the age of 94.

By The Associated PressNovember 10, 2017 GMT

The Latest on sexual harassment and abuse allegations against men in the entertainment and media industries (all times local):

Jenny McCarthy says actor Steven Seagal sexually harassed her during an audition in 1995.

The former Playboy model recounted her encounter with Seagal during a tryout for "Under Siege 2" on her Sirius XM radio show Thursday.

Quiet on the set and elsewhere with Woody Allen

"Start to Finish: Woody Allen and the Art of Moviemaking" (Knopf), by Eric Lax

If we had been allowed to watch God create the heavens and the Earth, we probably wouldn't have stuck it out for all six days. The act of creation can be slow and tedious when you're a bystander.

Curtain goes up on a documentary-rich New York Film Festival

NEW YORK (AP) — Ninety-nine feature films will dot the sparkling lineup at the 55th New York Film Festival, which kicks off Thursday night with Richard Linklater's "Last Flag Flying." There is no way, really, to take as a whole an 18-day festival that will include new films from Todd Haynes, Woody Allen, Agnes Varda, Claire Denis, Greta Gerwig and Hong Sangsoo.

NEW YORK (AP) — Comedian Shelley Berman, who won gold records and appeared on top television shows in the 1950s and 1960s delivering wry monologues about the annoyances of everyday life, has died. He was 92.

Berman died Friday at his home in Bell Canyon, California, from complications from Alzheimer's disease, according to spokesman Glenn Schwartz.